Prayer hall, with arches with double columns supporting the ceiling, Grande Mosquee de Paris, designed by Robert Fournez, Maurice Mantout and Charles Heubes, built in Neo-Mudejar style 1922-26 and inaugurated in 1926, as a gesture of thanks to the muslim soldiers who fought in France's colonial troops during the First World War, in the 5th arrondissement of Paris, France. The mosque is built from reinforced concrete, with wooden carvings and mosaics brought from Morocco. The religious spaces include the grand patio, prayer room and minaret, there is an Islamic school and library, and a cafe and hammam or Turkish baths. The mosque was renovated in 1992. Picture by Manuel Cohen 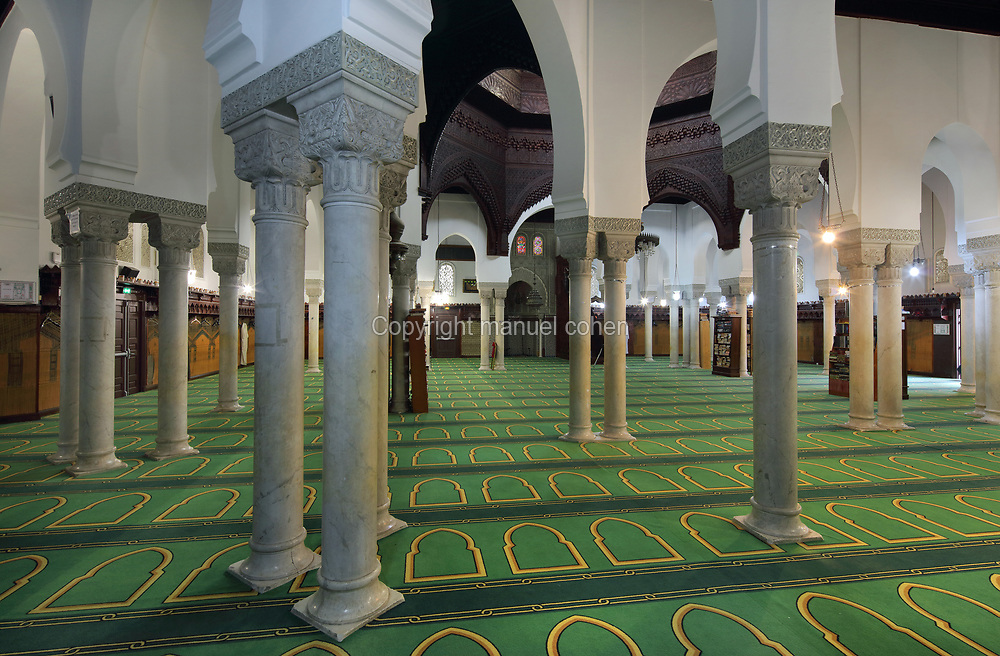