Narrow street in the Jewish quarter or Call, Girona, at the confluence of the rivers Ter, Onyar, Galligants and Guell, Catalonia, Spain. The narrow cobbled street is stepped up the hillside and partly covered by an arched tunnel. The first Jewish community arrived in the city in the 9th century and formed a settlement that was protected by the crown. The rulers of medieval Spain appreciated the Jews' medical and financial skills, especially their willingness to lend money. By the 12th century, the vibrant population numbered 1000, including Rabbi Moses ben Nachman or Nahmanides, one of the early scholars of Jewish mysticism, Kabbalah. In 1492 the Catholic Kings of Spain expelled all Jews from Catalonia. Picture by Manuel Cohen 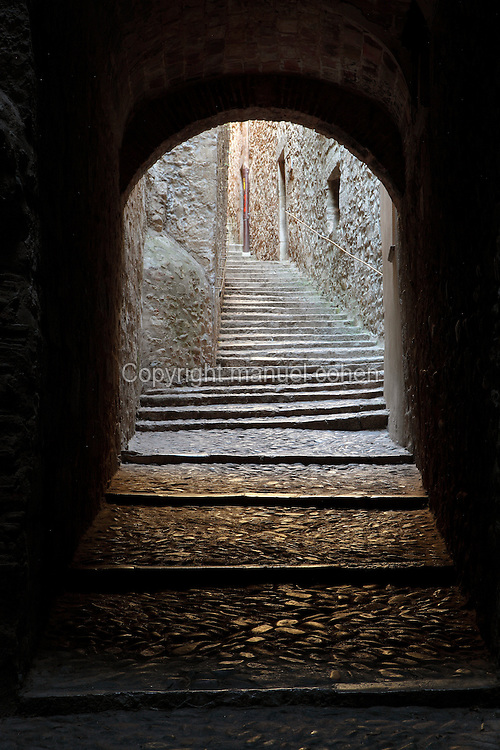