Woman working at spinning machine, photograph from 'Fabra i Coats, Sewn Stories', a digital altarpiece or mural installation by Friends of Fabra i Coats, using photographs and interviews with former workers, at the old Fabra i Coats factory in San Andreu, Barcelona, Catalonia, Spain. The project was run by the Barcelona History Museum as part of the MUHBA Fabra i Coats project. Fabra i Coats was a large industrial site with cotton spinning factory employing 3000 people in the early 20th century. The factory declined from the 1970s and closed in 2005. A portion of the industrial site has since been refurbished as a cultural centre, the Centre Can Fabra, housing a library, startup companies, artist studios, contemporary arts centre and community and social centres. The remaining factory is destined to also become a cultural space. Picture by Manuel Cohen 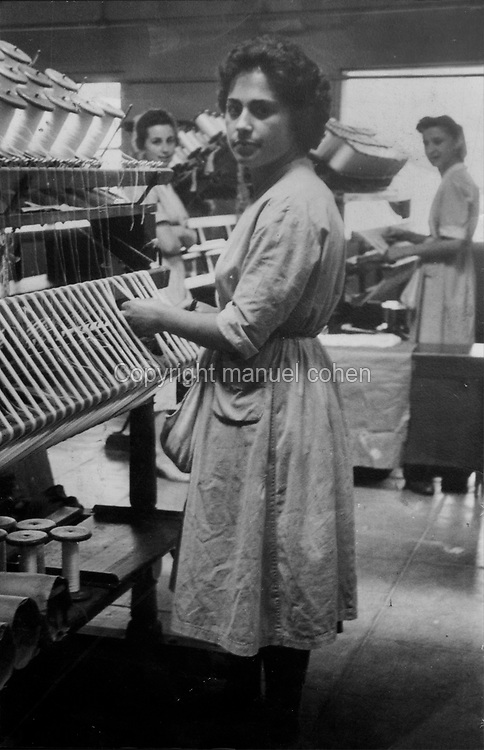