Handwritten notes for a speech supporting a bill offering amnesty to the communards (participants in the Paris Commune), 1876, page 16 bis, by Victor Hugo, 1802-85, French writer, housed in the Archives du Senat, in the Senate in the Palais du Luxembourg, 6th arrondissement, Paris, France. Hugo was a senator for Seine 1876-85, and gave this speech on 22nd May 1876. Although this bill was not passed, a general amnesty was granted in 1880. Picture by Manuel Cohen 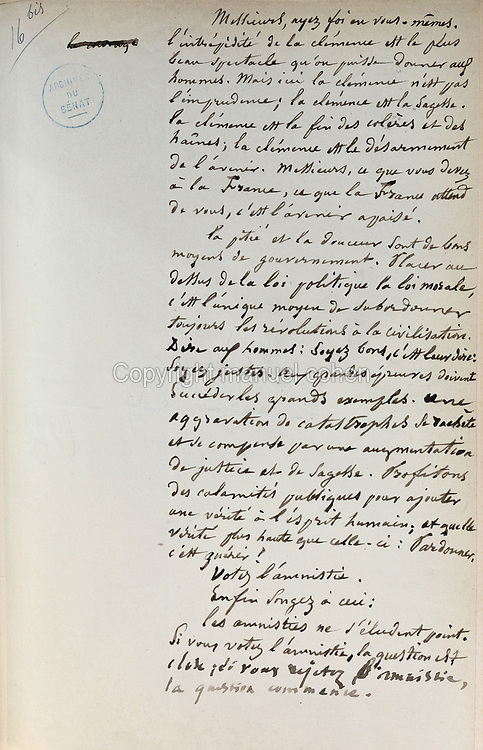