Aerial view of the Hagar Qim Temple complex, Malta, pictured on June 5, 2008, in the morning. The Republic of Malta consists of seven islands in the Mediterranean Sea of which Malta, Gozo and Comino have been inhabited since c.5,200 BC. It has been ruled by Phoenicians (Malat is Punic for safe haven), Greeks, Romans, Fatimids, Sicilians, Knights of St John, French and the British, from whom it became independent in 1964. Nine of Malta's important historical monuments are UNESCO World Heritage Sites, including the temple of Hagar Qim which stands on a hilltop in the south of the island of Malta. Typical to Maltese megalithic temple design, it has a trilithon entrance, outer bench and orthostats. A wide forecourt with a retaining wall and a passage runs through the middle of the building. Although the main temple dates to 3600-3200 BC, the northern ruins are considerably older. The site was excavated during the 19th and 20th centuries. Picture by Manuel Cohen. 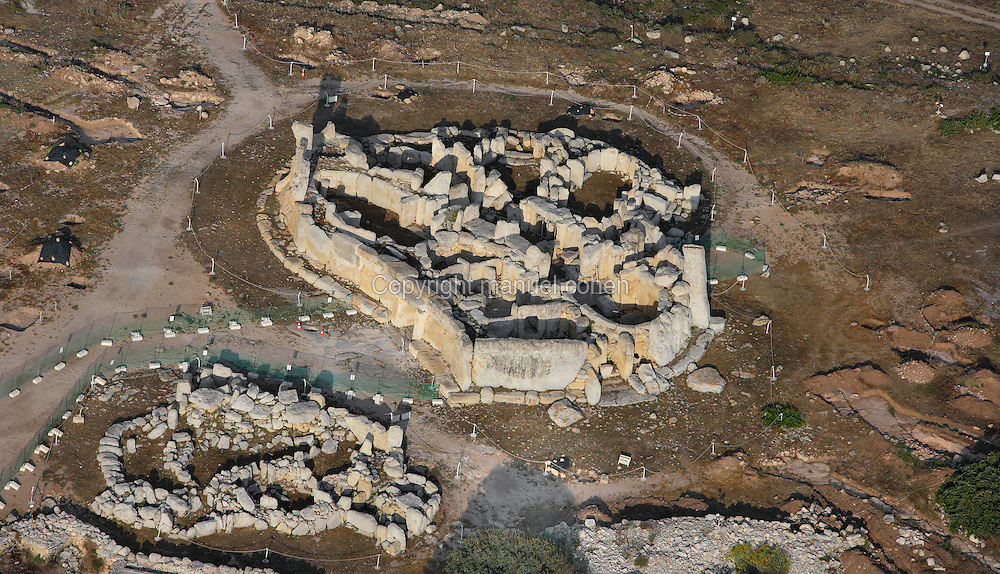