Roman Sanctuary, Umm Qais, Irbid, Jordan. This sanctuary is on the East-West Colonnaded Street or Decumanus Maximus which runs through Umm Qais. The columns had fallen and have been reassembled. The site was founded in the 4th century BC as Gadara, a Hellenistic town, which was developed by the Romans and later by Christians from the 4th century. It was destroyed by earthquakes in the 8th century and the ruins discovered in 1806. Picture by Manuel Cohen 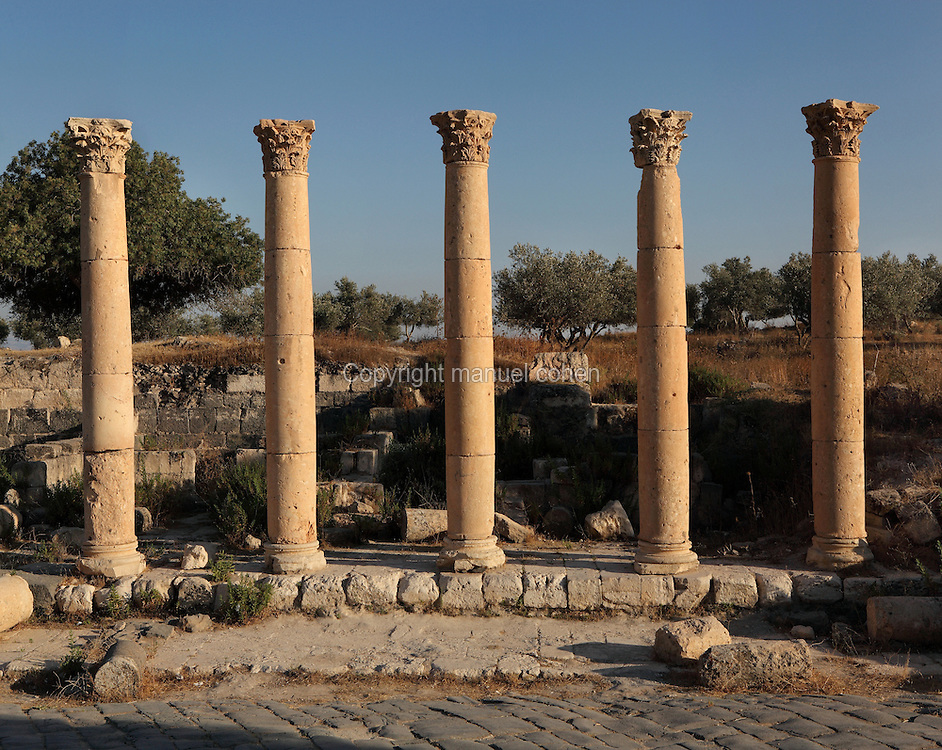