Inlaid ceiling of the Gilded Room or Cuarto Dorado, built under Mohammed V in the 14th century, in the Comares Palace, Alhambra, Granada, Andalusia, Southern Spain. The Alhambra was begun in the 11th century as a castle, and in the 13th and 14th centuries served as the royal palace of the Nasrid sultans. The huge complex contains the Alcazaba, Nasrid palaces, gardens and Generalife. Granada was listed as a UNESCO World Heritage Site in 1984. Picture by Manuel Cohen 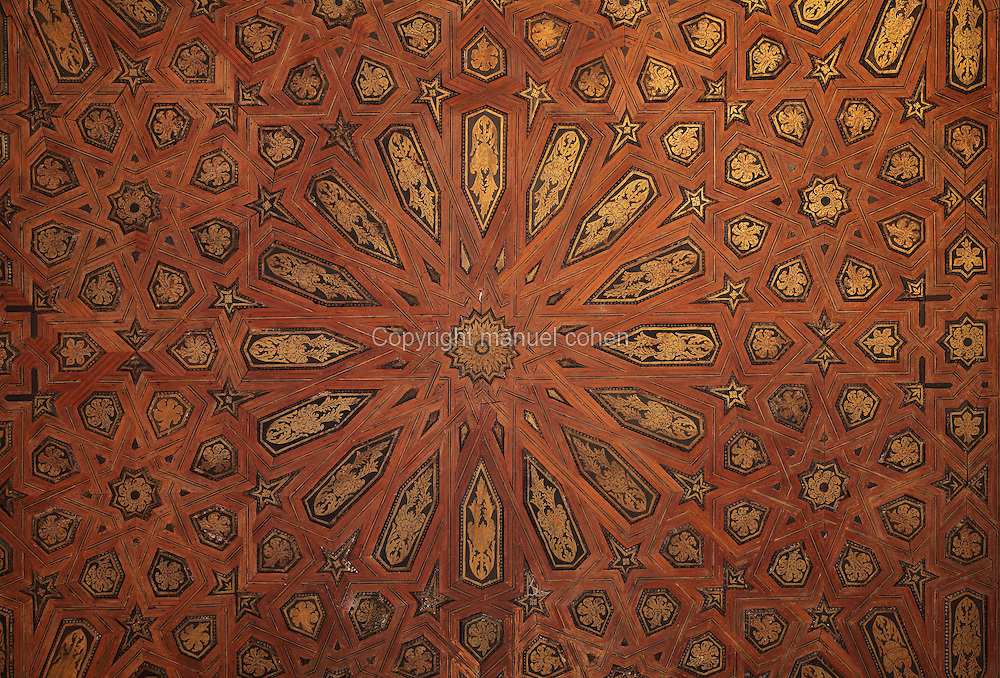