Statue of Orlando or Roland, legendary knight, who saved Dubrovnik from a 15 month Saracen siege in the 9th century, on Orlando's Column, Luza Square, at the end of Stradun or Placa, the main street in the Old Town, Dubrovnik, Croatia. The city developed as an important port in the 15th and 16th centuries and has had a multicultural history, allied to the Romans, Ostrogoths, Byzantines, Ancona, Hungary and the Ottomans. In 1979 the city was listed as a UNESCO World Heritage Site. Picture by Manuel Cohen 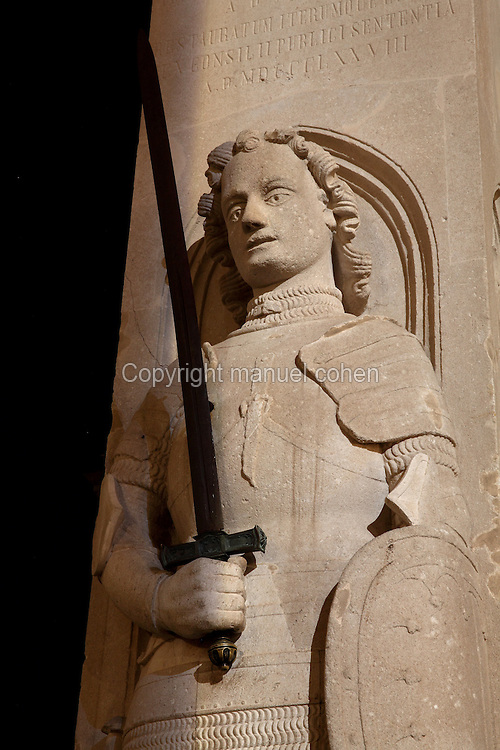