Low angle view of a row of columns from the Temple of Saturn, built around 200 A.D., in Dougga, Tunisia, pictured on January 31, 2008, in the morning. Dougga has been occupied since the 2nd Millennium BC, well before the Phoenicians arrived in Tunisia. It was ruled by Carthage from the 4th century BC, then by Numidians, who called it Thugga and finally taken over by the Romans in the 2nd century. Situated in the north of Tunisia, the site became a UNESCO World Heritage Site in 1997. This temple was previously the site of the Punic Temple of Baal. The entrance had four Corinthian columns which remains are still visible. Picture by Manuel Cohen. 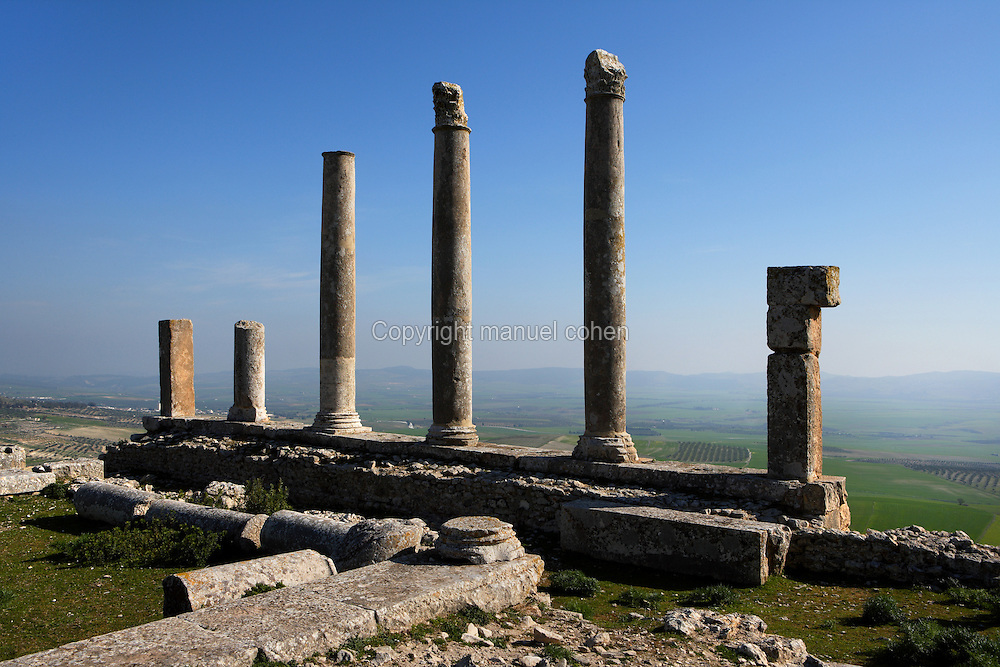