Looking up at the interior of the dome with its Historicist frescoes, in the Berliner Dom or Berlin Cathedral, redesigned by Julius Raschdorff and completed 1905 in Neo-Renaissance style after being badly damaged in World War Two, although the original chapel on this site was consecrated in 1454, Museum Island, Mitte, Berlin, Germany. The buildings on Museum Island were listed as a UNESCO World Heritage Site in 1999. Picture by Manuel Cohen 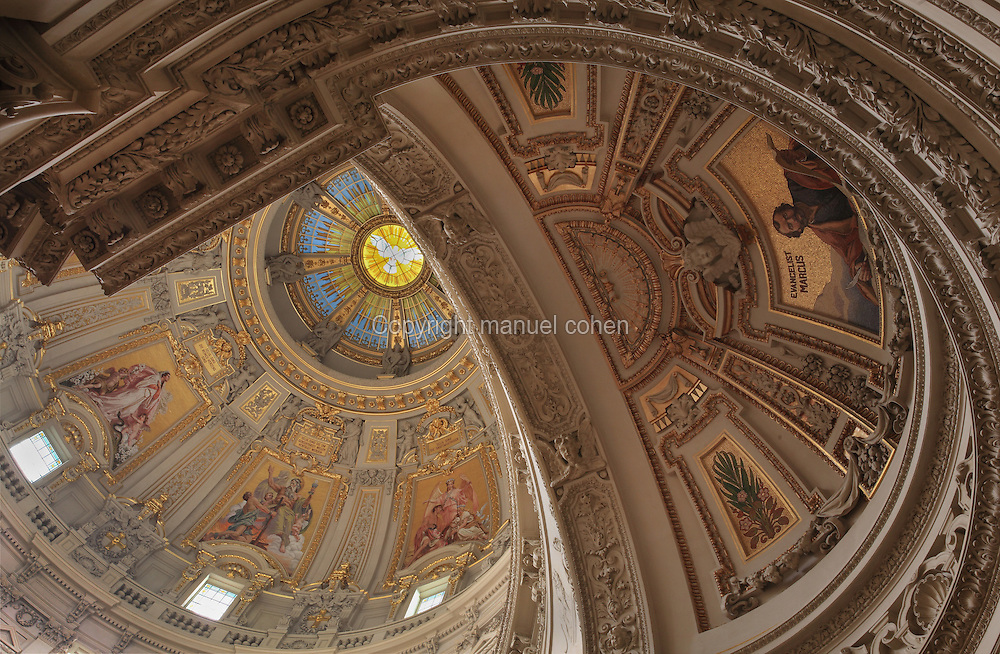