Statue of a Greek man with shield and sword at the gates of the Schloss Charlottenburg or Charlottenburg Palace, built 1695-1713 by Johann Arnold Nering in Baroque and Rococo style, Charlottenburg, Charlottenburg-Wilmersdorf, Berlin, Germany. The original palace was commissioned by Sophie Charlotte, the wife of Friedrich III, Elector of Brandenburg and later Friedrich I of Prussia. Prussian rulers occupied the palace until the late 19th century. After being badly damaged in the war, the palace was restored and is now a major tourist attraction. Picture by Manuel Cohen 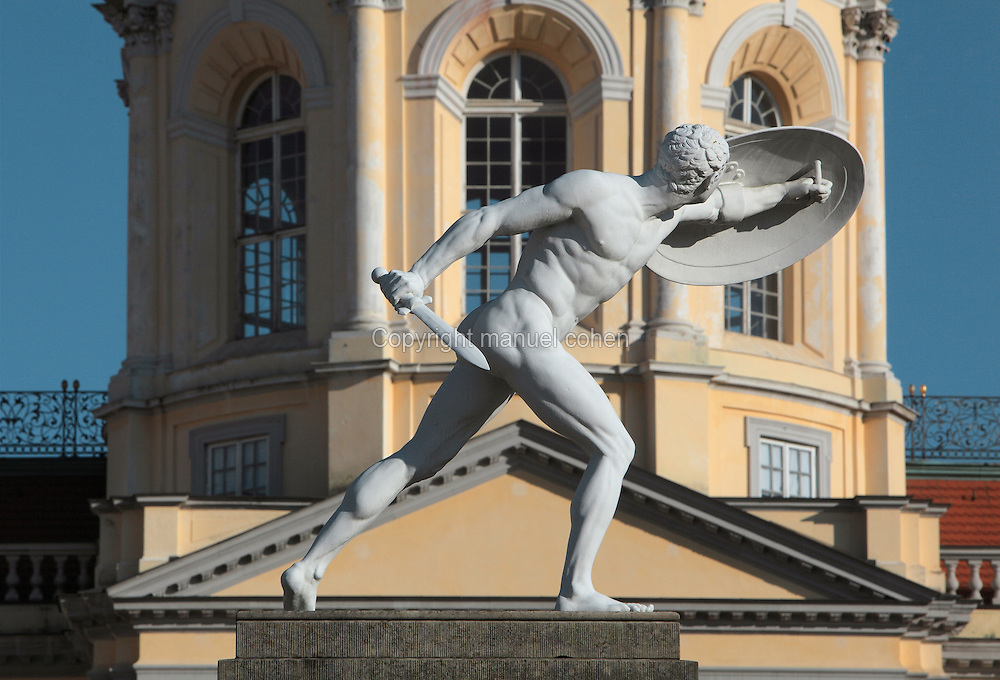