The jardin de roses et de roches (the rose and rock garden), seen at twilight, created in 1990 and located in the Jardin des Plantes, Paris, 5th arrondissement, France. In the middle, the statue called Venus Genitrix created by Louis-Charles Dupaty in 1810 can be seen. In the background, the roof of the herbarium building can be seen. Founded in 1626 by Guy de La Brosse, Louis XIII's physician, the Jardin des Plantes, originally known as the Jardin du Roi, opened to the public in 1640. It became the Museum National d'Histoire Naturelle in 1793 during the French Revolution. Picture by Manuel Cohen 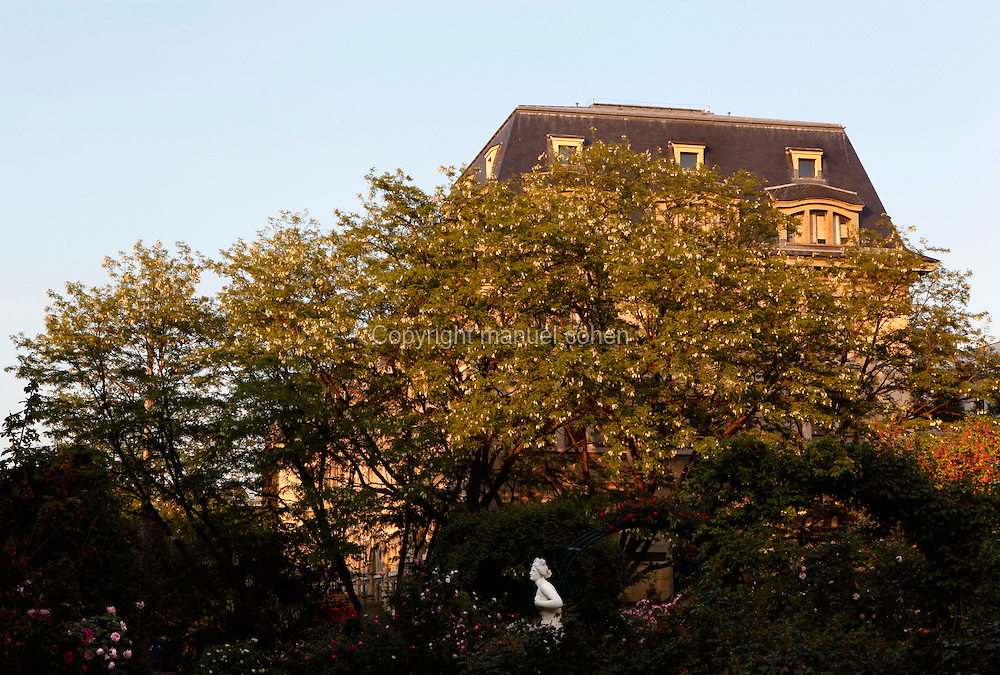