Centre d'Interpretation, a visitor centre designed by Bernard Tschumi, cylindrical in form with wooden herringbone slats on the facade, on the site of the Roman army position during the Battle of Alesia, aerial view, at the MuseoParc Alesia, on Mont-Auxois near Alise-Sainte-Reine, Burgundy, France. Alesia was originally a Celtic settlement which became a Gallo-Roman town after being conquered by Julius Caesar during the Gallic Wars. Alesia is the site of the Battle of Alesia, 52 BC, when the Romans under Julius Caesar defeated the Gauls under Vercingetorix. Picture by Manuel Cohen 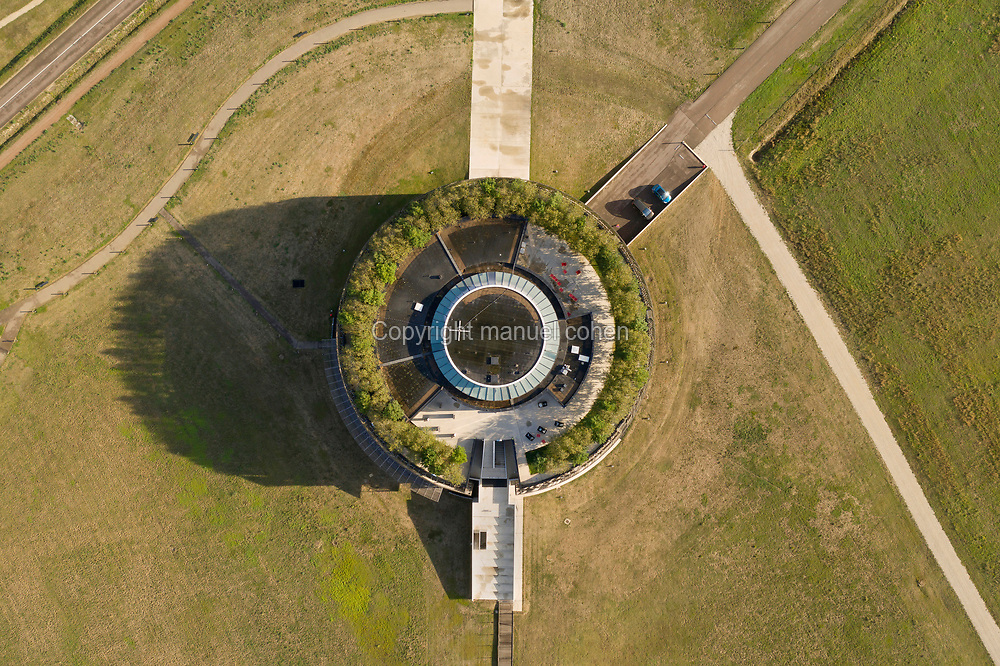