After being betrayed and ambushed by Ganelon, Roland is alone amongst the bodies of soldiers. Protected by the hand of God, he cries on his sword and strikes a rock, which splits in 2, and blows as hard as he can on his ivory horn. Medallion of Roland splitting the rock and sounding the horn, from the Charlemagne window, early 13th century, in the ambulatory of Chartres Cathedral, Eure-et-Loir, France. Chartres cathedral was built 1194-1250 and is a fine example of Gothic architecture. Most of its windows date from 1205-40 although a few earlier 12th century examples are also intact. It was declared a UNESCO World Heritage Site in 1979. Picture by Manuel Cohen 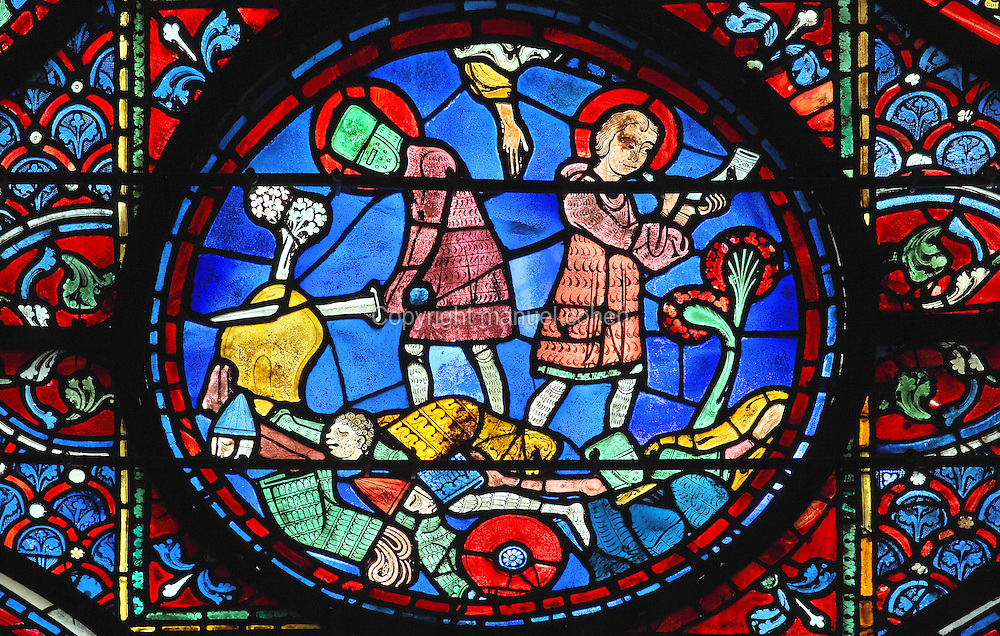