The Chateau de Chateauneuf, or Chateauneuf-en-Auxois, a 12th and 15th century castle, Cote d'Or, Burgundy, France. Originally built in 1132 by Jean de Chaudenay, the castle was modified from a medieval fortress to a residence from 1457 under Philippe le Bon, Duc de Bourgogne, or Philip the Good, Duke of Burgundy, who gave the castle to his advisor Philippe Pot. The castle sits on an outcrop overlooking the valley of the Canal de Bourgogne, and consists of the 12th century keep, 14th century curtain walls with 5 towers built during the Hundred Years War, and later 15th century chapel and courtyard in Gothic style. The chateau and village are listed as a historic monument. Picture by Manuel Cohen 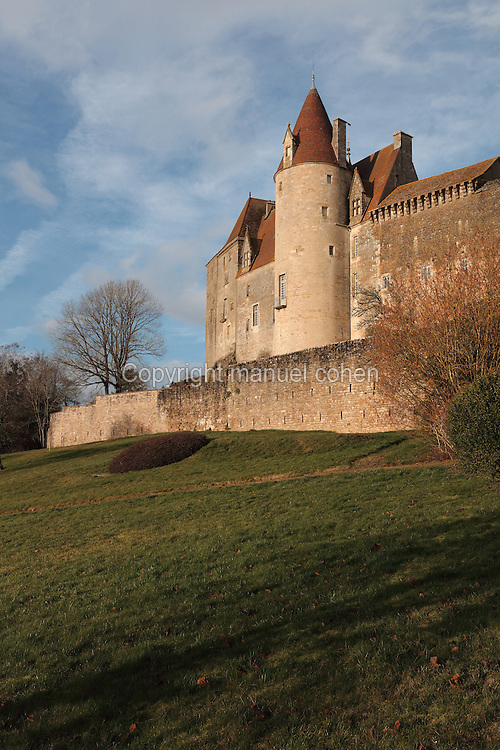