St George and the dragon, detail of the saint in armour on horseback holding his spear, Neoclassical oil painting on canvas, 1866, by Dario Querci, 1831-1918, in the Duomo San Giorgio, designed by Rosario Gagliardi and built 1738-75 in Sicilian Baroque and Neoclassical style, in Ragusa Ibla, in Sicily, Italy. The town of Ragusa is split into the lower and older town of Ragusa Ibla, and the higher upper town of Ragusa Superiore, separated by the Valle dei Ponti. It is built on the site of an ancient city, inhabited by Sicels, Greeks, Carthaginians, Romans, Byzantines, Arabs and Normans. In 1693 it was devastated by an earthquake, and was rebuilt in the Baroque style. The town forms part of the Late Baroque Towns of the Val di Noto UNESCO World Heritage Site. Picture by Manuel Cohen 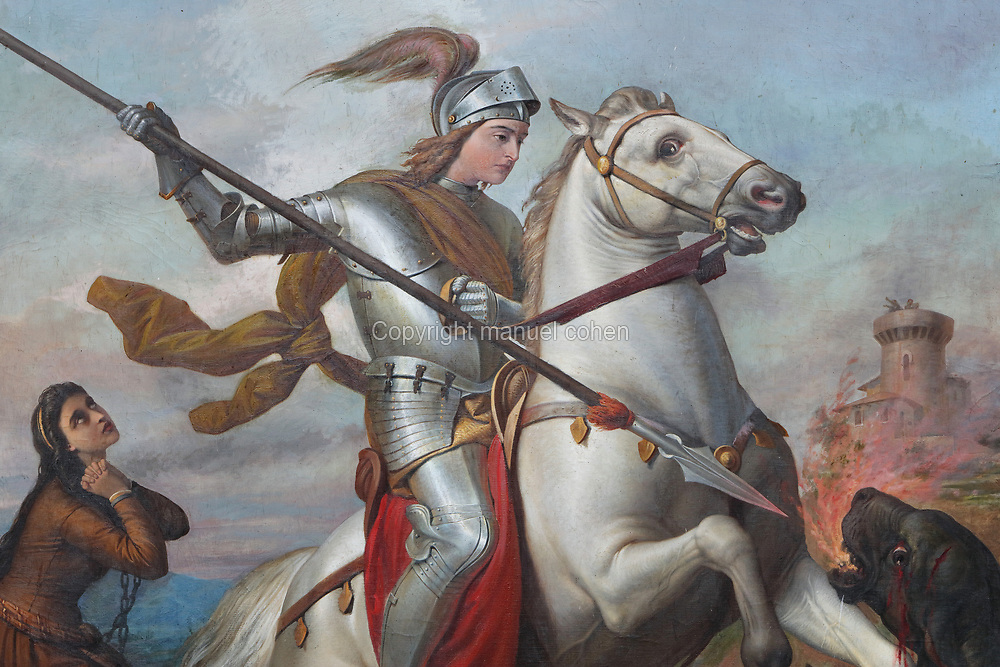