Portrait head of Caligula, 14-41 AD, third Roman emperor 37-41 AD, Gallo-Roman, depicted as a young man and later reworked and transformed into an effigy of his successor Claudius, marble, 1st century AD, in the Musee de l'Arles Antique, an archaeological museum built 1995 by Henri Ciriani and extended in 2013, at Arles, Provence-Alpes-Cote d'Azur, France. The museum is built on the ruins of the Roman Circus, and houses many artefacts from the town's Gallo-Roman history from 1st century BC. Picture by Manuel Cohen 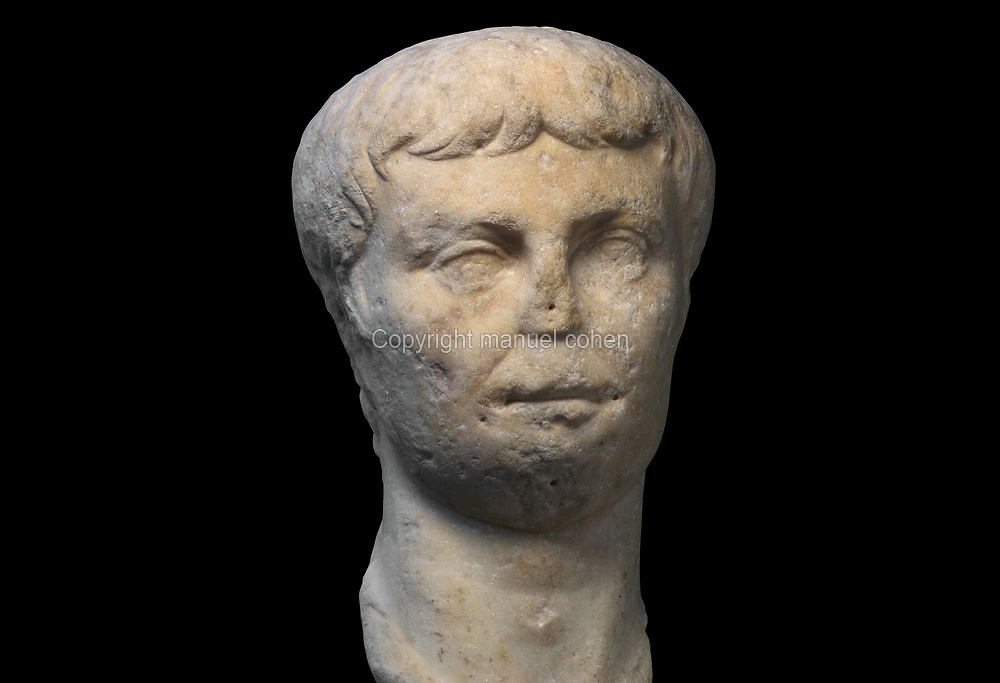