Aequitas, goddess of justice, equality and symbol of honest measure, Roman, bronze sculpture filled with lead, 2nd century AD, used as an aequipodium or counterweight from a set of scales found in the port area of Tarraco, where it would have been used to weigh the merchandise entering or leaving the city, in the Museu Nacional Arqueologic de Tarragona, in Tarragona, Catalonia, Spain. The female divinity Aequitas represents Equity, the goddess of fair trade and honest merchants. It was made using the lost wax process. The city was an important fortified Roman colony named Tarraco and its remains are listed as a UNESCO World Heritage Site. Picture by Manuel Cohen 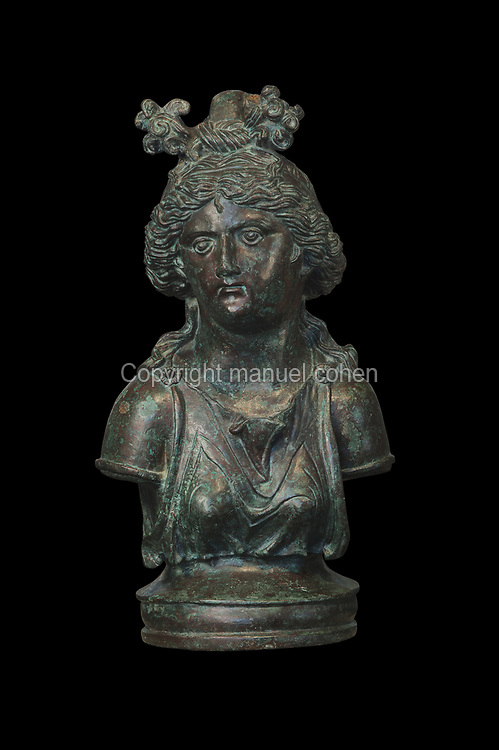