Statue of Robert Surcouf, 1773-1827, a French privateer who operated in the Indian Ocean, late 19th century, by Alfred Caravanniez, 1855-1915, French sculptor, in the walled city of Saint-Malo, on the coast of Brittany, North West France. The city itself was rebuilt 1948-60 after being largely destroyed during World War Two. It is a port which has traditionally been home to the corsairs, French privateers and sometimes pirates, and is heavily fortified with ramparts, a castle, fort and fortified tidal islands. Picture by Manuel Cohen 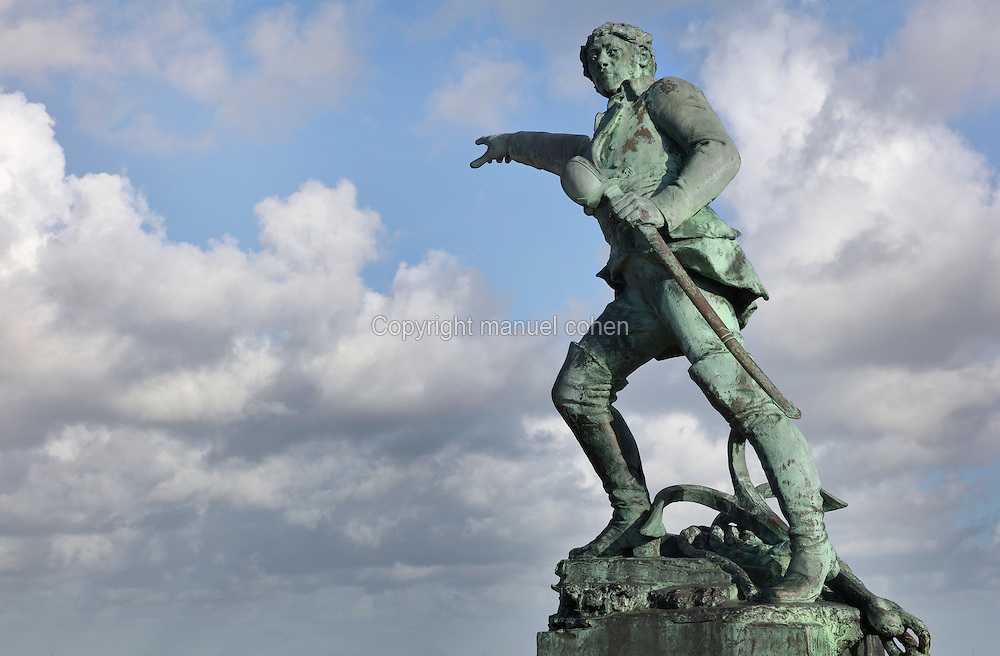