Bedroom at Balcony House, 13th century, a Native American Puebloan dwelling in Mesa Verde National Park, Montezuma County, Colorado, USA. The house contains 45 rooms and 2 kivas, is made from sandstone blocks, mortar and wooden beams and is well defended due to its only access involving a cliff climb. Mesa Verde is the largest archaeological site in America, with Native Americans inhabiting the area from 7500 BC to 13th century AD. It is listed as a UNESCO World Heritage Site. Picture by Manuel Cohen 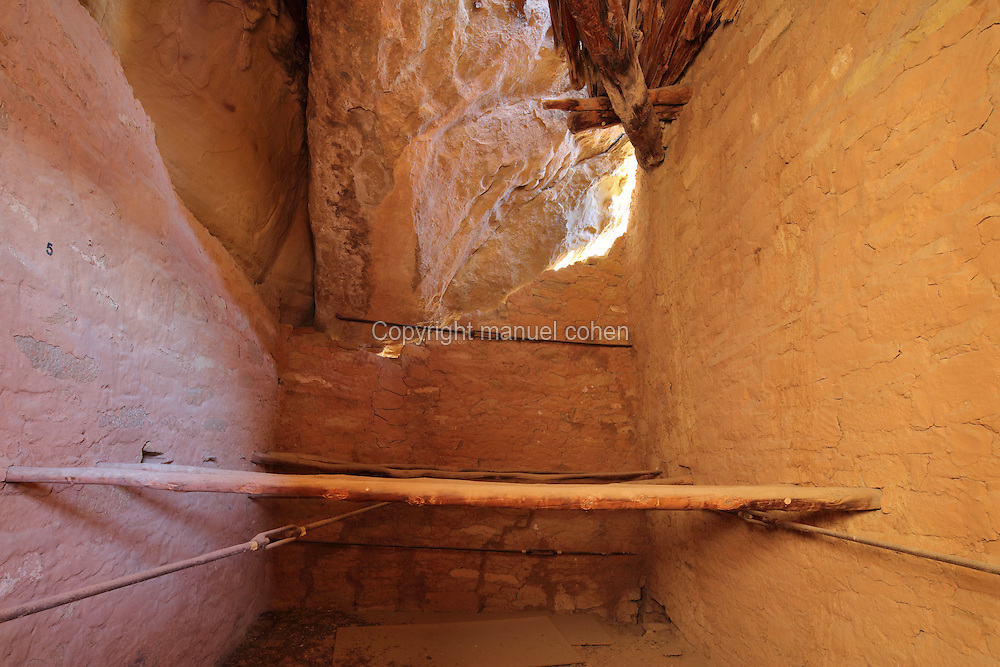