Statue of the Virgin Mary in the garden of the House of the Virgin Mary near Ephesus, Izmir, Turkey. The house is on Bulbul Hill 9km from the site of Ephesus. It is the place where Mary may have spent her last days. She may have come to the area with St John, who spent several years in the area spreading Christianity. The house of the Virgin Mary is typically Roman, made of stones. In the 4th century AD, a church, combining her house and grave, was built. Today, only the central part and a room on the right of the altar are open to visitors. Ephesus was an ancient Greek city founded in the 10th century BC, and later a major Roman city, on the Ionian coast near present day Selcuk. Picture by Manuel Cohen 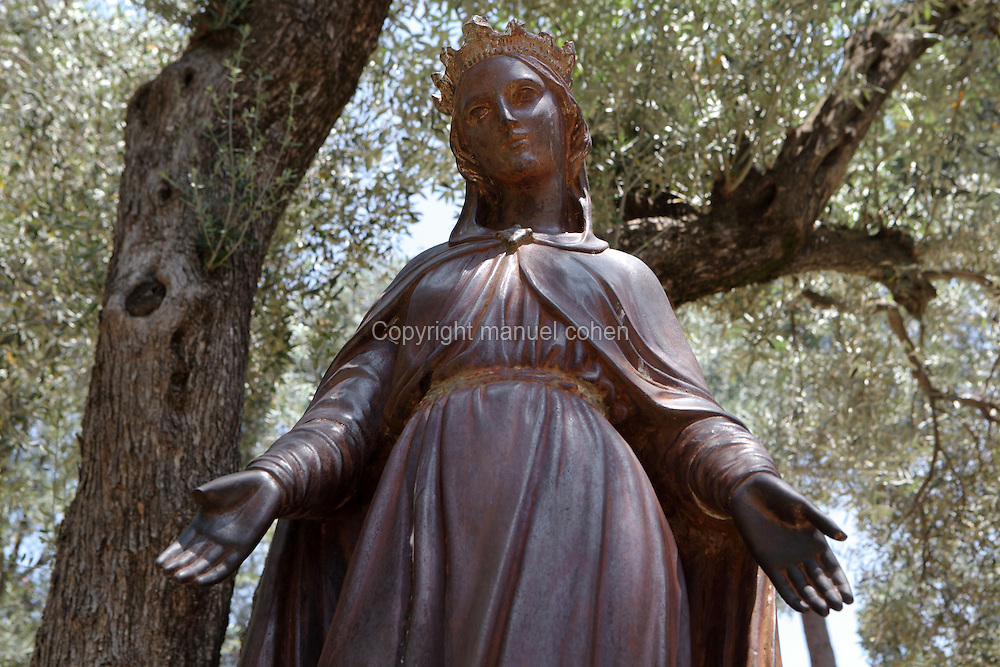