Serapeum of Saqqara, a burial place of the sacred bulls of the Apis cult, built 18th - 30th dynasties, at Saqqara, Egypt. The bulls were believed to be incarnations of the god Ptah, becoming Osiris-Apis after death. They were buried in canopic jars and sarcophagi in underground chambers. The burial site at Saqqara, containing pyramids, mastabas and tombs from 1st dynasty to the Greco Roman period, was the royal necropolis for Memphis. Saqqara is listed as a UNESCO World Heritage Site. Picture by Manuel Cohen 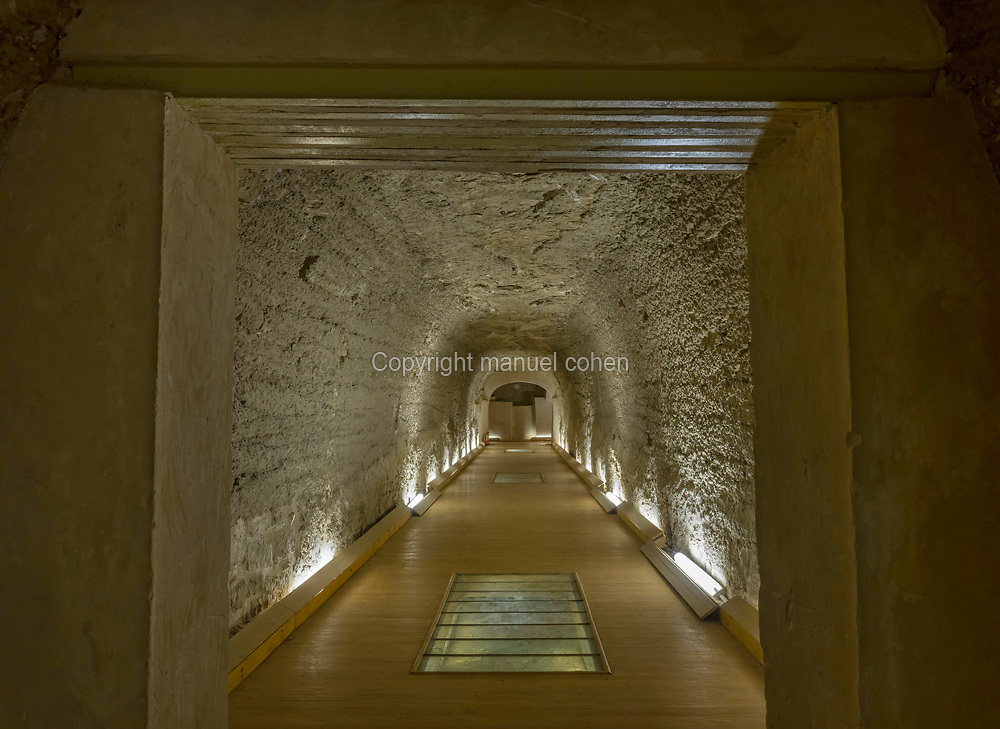