St Anne holding the infant Virgin, sculptural detail from the ornate sculpted portal restored 1947-52 by Archbishop Robert E Lucey, of the church, built 1768, at the Mission San Jose, or Mission San Jose y San Miguel de Aguayo, a Spanish catholic colonial mission and church originally established in 1720 and completed in 1782, to spread Christianity among Native Americans, the largest of 4 missions in the San Antonio Missions National Historical Park, in San Antonio, Texas, USA. The complex was home to 350 Indians and had its own mill and granary. It was restored in the 1930s and again in 2011. It forms part of the San Antonio Missions UNESCO World Heritage Site. Picture by Manuel Cohen 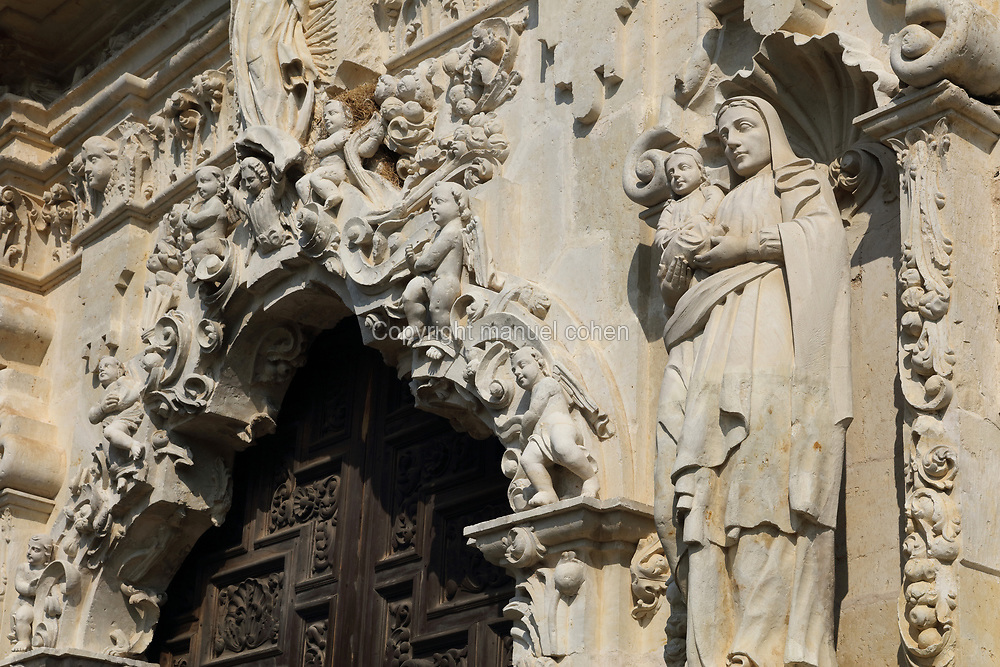