Abbey church, Romanesque, built 1105-60, and main Grand-Moutier Cloister at Fontevraud Abbey, aerial view, at Fontevraud-l'Abbaye, Loire Valley, Maine-et-Loire, France. The cloister, built to house virgin nuns, was originally Romanesque but was rebuilt in the 16th century. Renee de Bourbon renovated the south gallery in Gothic style in 1519, then Louise de Bourbon rebuilt the 3 other galleries in classical style 1530-60. The abbey was founded in 1100 by Robert of Arbrissel, who created the Order of Fontevraud. It was a double monastery for monks and nuns, run by an abbess. The order was dissolved during the French Revolution and the building subsequently used as a prison. The abbey is listed as a historic monument and a UNESCO World Heritage Site. Picture by Manuel Cohen 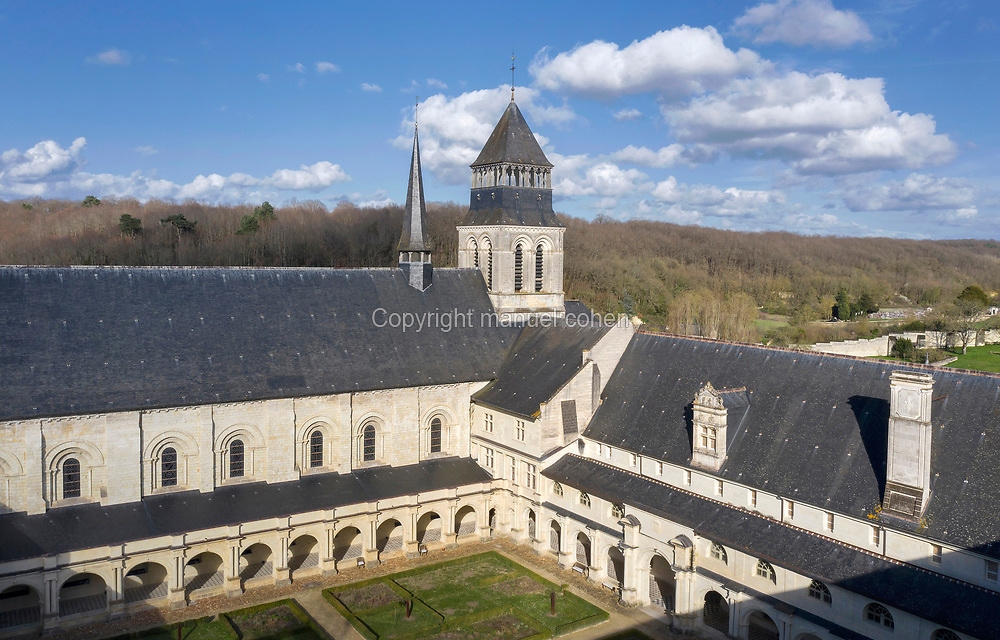