Allegorical group of sculptures, facade of the official seat (Headquarters) of Banque de France, 1811, 1st Arrondissement, Paris, France. This hotel particulier (mansion) was built in 1635 - 1650, by Francois Mansart for Louis Phelypeaux de la Vrilliere and was then named Hotel de La Vrilliere. In 1712, Louis Alexandre de Bourbon, comte de Toulouse, acquired the mansion, commissioned the remodelling of the building to Robert de Cotte, Premier Architecte du Roi, in 1715 and gave it the name of Hotel de Toulouse. The building was confiscated as "bien national" (national property) during the French Revolution and an imperial decree signed by Napoleon I in 1808, authorised the sale of the Hotel de Toulouse to the Banque de France, which made it its official seat in 1811. Picture by Manuel Cohen 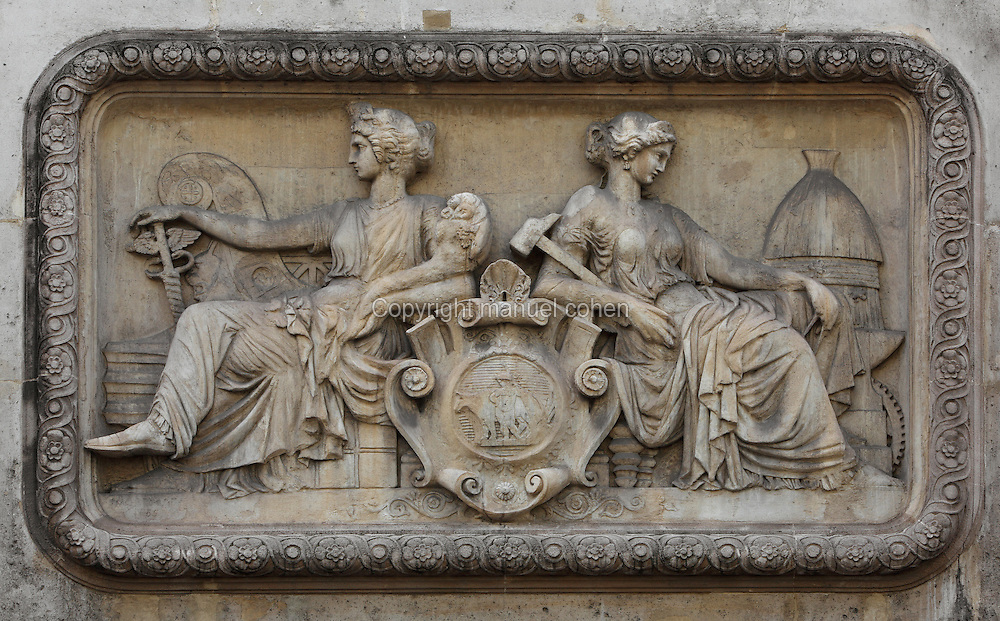