The giant Ferragut on the right in battle with Roland, whose shield buckles the lance of the giant. The symmetry of the scene represents the equality of the 2 day contest, which is finally won by Roland. The horses' bodies extend beyond the circular borders, expressing movement and power. Medallion of the feat of Roland, from the Charlemagne window, early 13th century, in the ambulatory of Chartres Cathedral, Eure-et-Loir, France. Chartres cathedral was built 1194-1250 and is a fine example of Gothic architecture. Most of its windows date from 1205-40 although a few earlier 12th century examples are also intact. It was declared a UNESCO World Heritage Site in 1979. Picture by Manuel Cohen 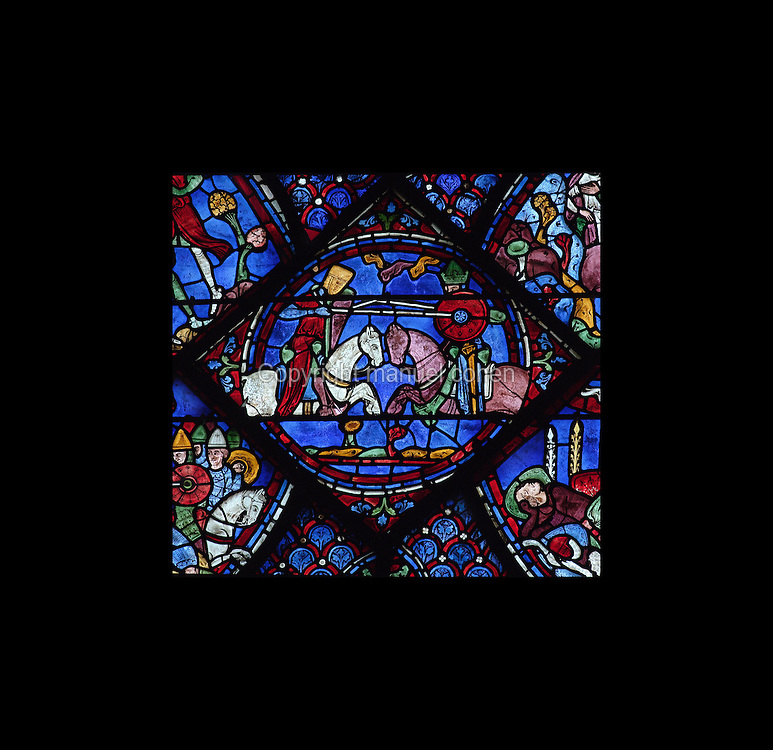