Harbour and village of Collioure, aerial view, Pyrenees-Orientales, Catalogne du Nord, France. In the centre is the Eglise Notre-Dame-des-Anges, or Church of Our Lady of the Angels, built in 1684, with an attached bell tower which was originally used as a lighthouse or beacon. In the distance is the Chateau Royal, containing remnants of castles built by the Templars, the Kings of Majorca, the Habsburgs and the Bourbons, from 12th - 17th centuries. In the 20th century it became a prison and a detainment camp. Both are listed as historic monuments. Collioure is a small town depicted by many artists in the 20th century, on the Vermilion Coast near the Spanish border. Picture by Manuel Cohen 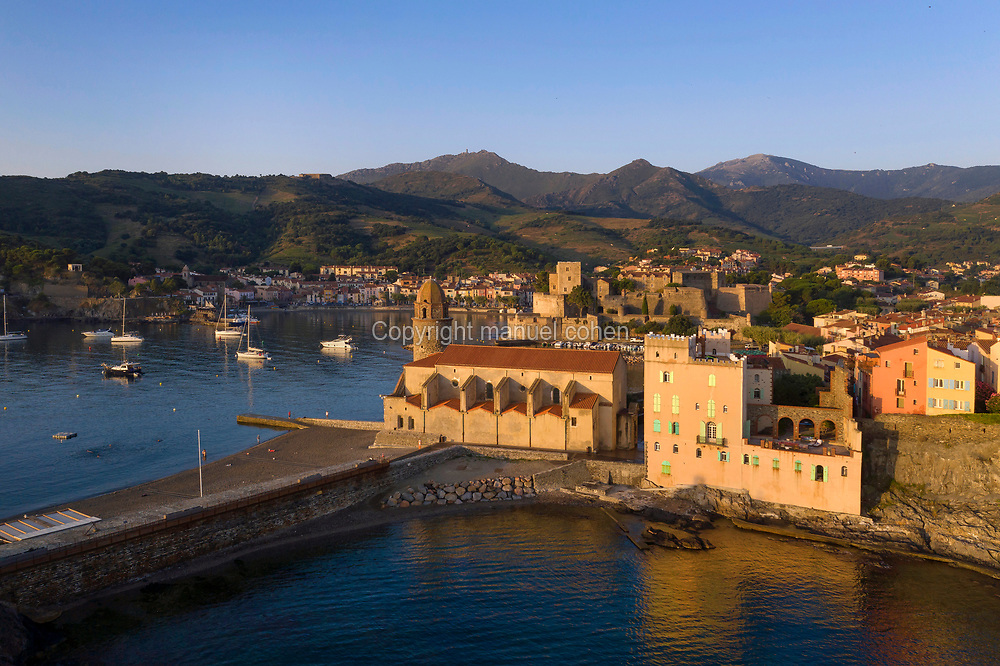