Temple of Athena, Doric temple built 530 BC on the acropolis of Assos, Turkey, with a view over the Aegean Sea. This is the only Archaic temple in the Doric style known so far in Asia Minor. It was in use during the Hellenistic Age and was 30x14m in size, although only 6 of the orignal 38 columns remain. The temple is made from local andesite. Assos was founded from 1000 to 900 BC by Aeolian colonists from Lesbos. Aristotle (joined by Xenocrates) went to Assos, where he was welcomed by King Hermias, and opened an Academy in this city, where he led an influential group of philosophers. Picture by Manuel Cohen 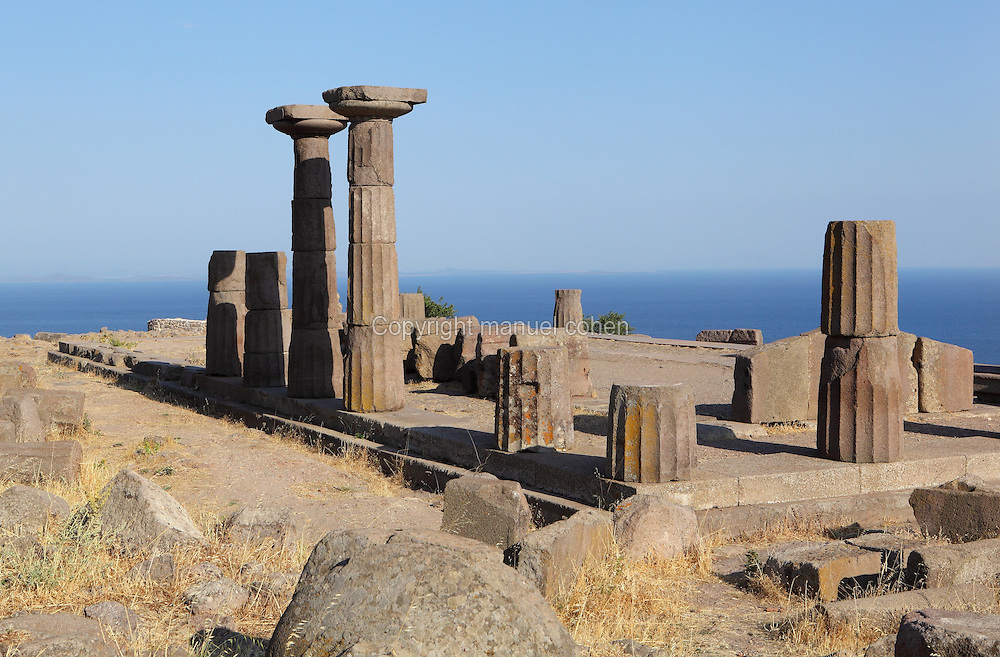