Sacrifice, Roman relief, marble, 1st century AD, from the Ara Providentiae in the Merida Forum, in the Museo Nacional de Arte Romano, or National Museum of Roman Art, designed by Rafael Moneo and built 1981-86, housing Roman collections from the colony of Emerita Augusta, founded in 25 BC by Emperor Augustus, now modern-day Merida, Extremadura, Spain. The scene depicts a veiled man thought to be Marco Agrippa behind a 3-legged table with children and a priest or camillus, who is opening an incense box, assistants and a double flute player. The Roman remains in Merida are listed as a UNESCO World Heritage Site. Picture by Manuel Cohen 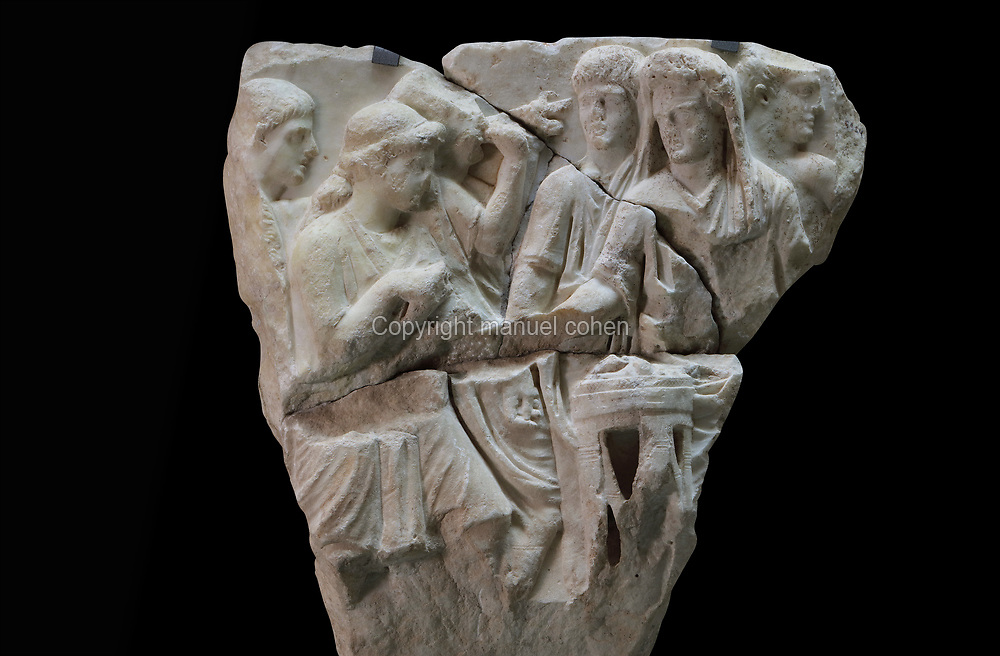