TOLEDO, SPAIN - APRIL 12 : An oblique view from below of the cloister ceiling in the Monastery of San Juan de los Reyes, on April 12, 2006 in Toledo, Spain. The upper part of the cloisters, designed by Enrique Egas, has a polychrome ceiling with a recurring decorative motif of the emblems, arms and initials of Ferdinand and Isabella in the Mudejar style. The Monastery, in the Gothic-Spanish-Flemish style was founded by King Ferdinand (1452-1516) and Queen Isabella (1451-1504). It was built between 1477 and 1504 by architect Juan Guas, and restored after being damaged in the Napoleonic wars and Notaabandoned in 1835. Toledo is a former capital of Spain, and cultural centre where Jews, Muslims and Christians co-existed. (Photo by Manuel Cohen) 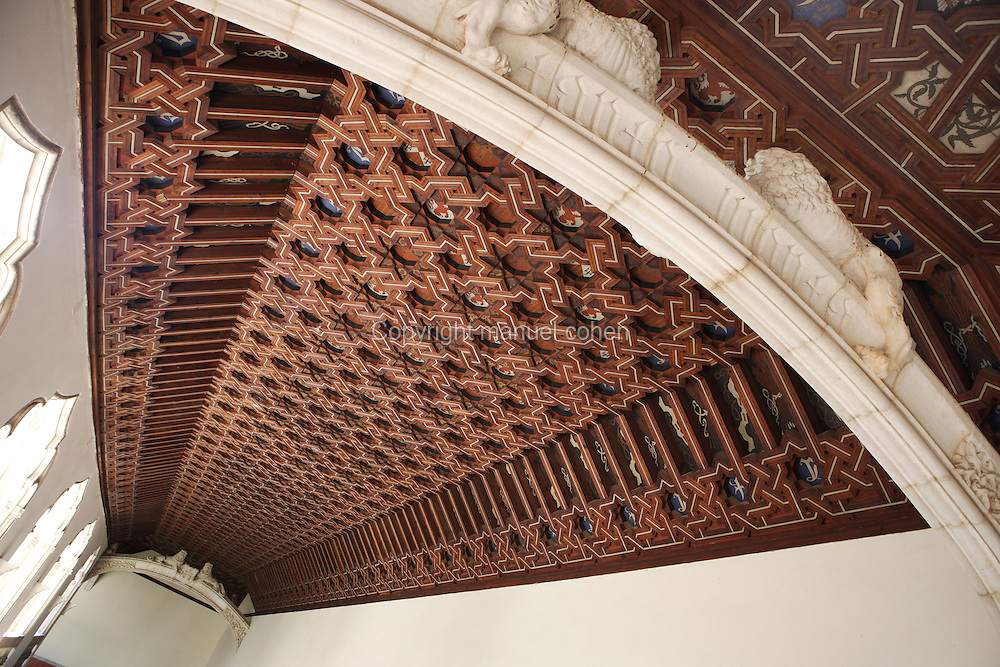