Fountain in the original Cathedral atrium, Jerash, Jordan. This Fountain Court is a piazza between St Theodore's Church and the West side of the Cathedral entrance. The Cathedral was originally the 2nd century AD Roman Temple of Dionysos which was rebuilt as a Byzantine church 350-375 AD. The Greco-Roman town of Gerasa is thought to have been founded in 331 BC by Alexander the Great. It was conquered by Pompey in 63 BC and became a prosperous Roman town. Jerash was destroyed by an earthquake in 749 AD and its ruins were discovered in 1806 and the town excavated and reconstructed. Picture by Manuel Cohen 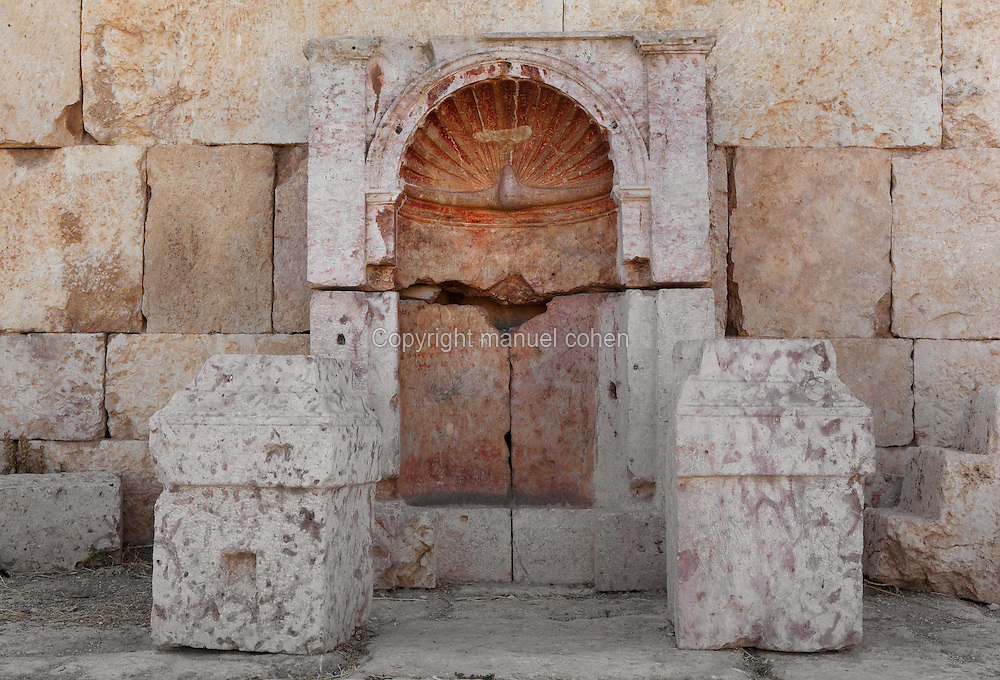