Cistern for fresh drinking water, Moorish, built 12th - 13th century in the Almohad period, in the Castillo de Medellin, or Medellin Castle, built in the 14th century by Pedro I the Cruel, replacing an original 10th century castle, and rebuilt by the Infante Sancho of Castile, on the Cerro del Castillo in Medellin, Badajoz, Extremadura, Spain. The underground rectangular cistern is 6x4.5m with a brick vault resting on arches with columns and capitals, and waterproof walls painted with almagra. The castle has a double walled perimeter with turrets and reinforcing towers. It was extended in the 15th and 16th centuries. Picture by Manuel Cohen 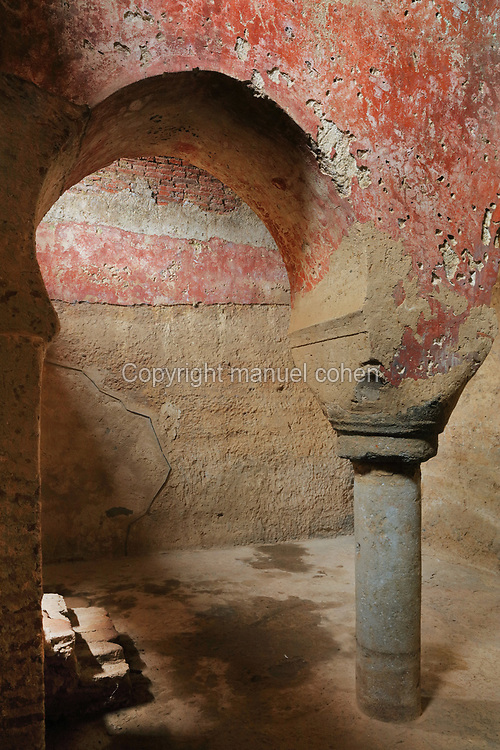