Crenellated ramparts of the first enclosure, and behind, the towers and statue of the Sacred Heart of Jesus on the San Cristobal Hill or Monte Laham, in the Alcazaba, a 10th century fortified enclosure and royal residence in Almeria, Andalusia, Southern Spain. The Alcazaba itself was begun in 955 by Rahman III and completed by Hayran, Taifa king of Almeria, in the 11th century. It was later added to by the Catholic monarchs. Picture by Manuel Cohen 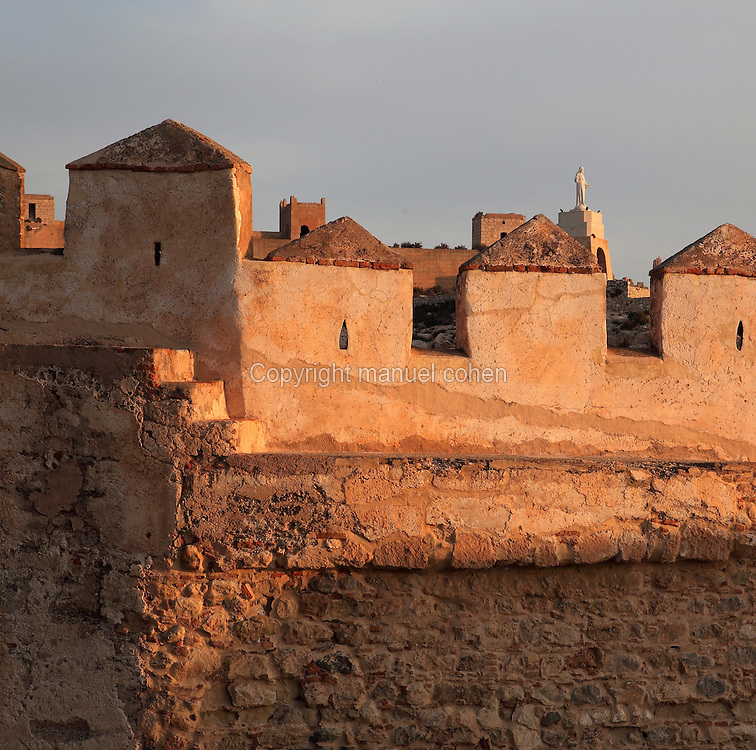