Paul-Lobe-Haus reflecting the sunset skies, architect Stephane Braunfels, 2001, a government building for the new parliamentary complex in the new government quarter of Berlin, on the banks of the river Spree on Federal Row, Berlin, Germany. It is connected to the Chancellery and together with the Marie-Elisabeth-Luders House on the opposite side of the Spree it forms a formal and functional whole. The building contains more than 900 offices for the parliamentary deputies. It is named after Paul Lobe, 1875-1967, the last democratic president of the Weimar Republic. Picture by Manuel Cohen 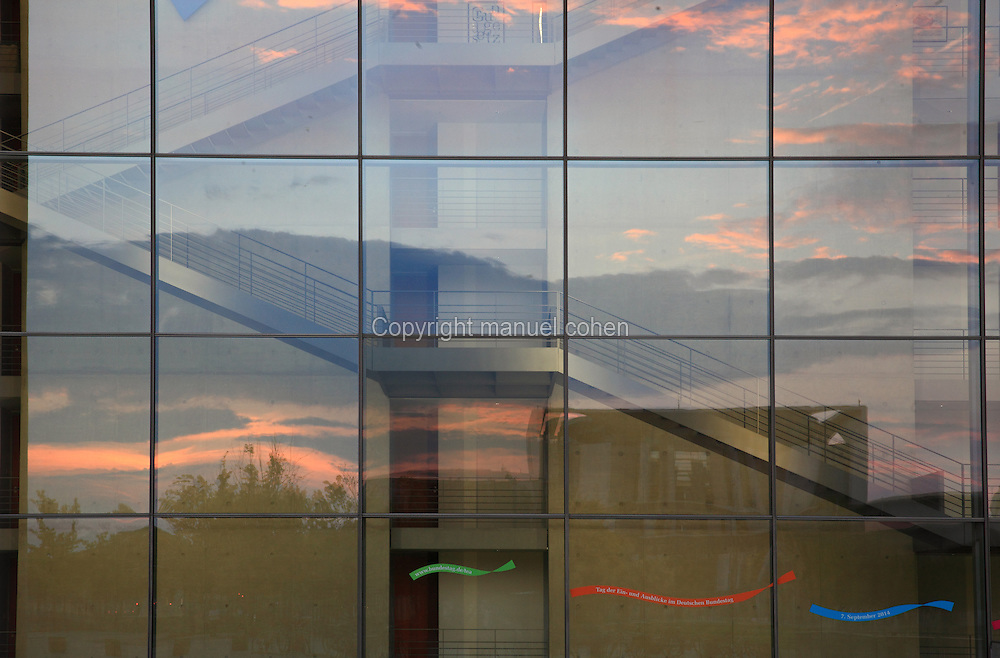