St Joseph's crypt, built c. 1500, dedicated to Joseph of Arimathea, below the Galilee Chapel, at Glastonbury Abbey, a Benedictine monastery founded in the 7th century, enlarged in the 10th century, destroyed by fire in the 12th century and rebuilt then sacked in the Dissolution of the Monasteries, in Glastonbury, Somerset, England. Christian legend claims it was founded by Joseph of Arimathea in the 1st century AD, and it has many ties to Arthurian legend, including that he was buried here. The building is a Scheduled Ancient Monument. Picture by Manuel Cohen 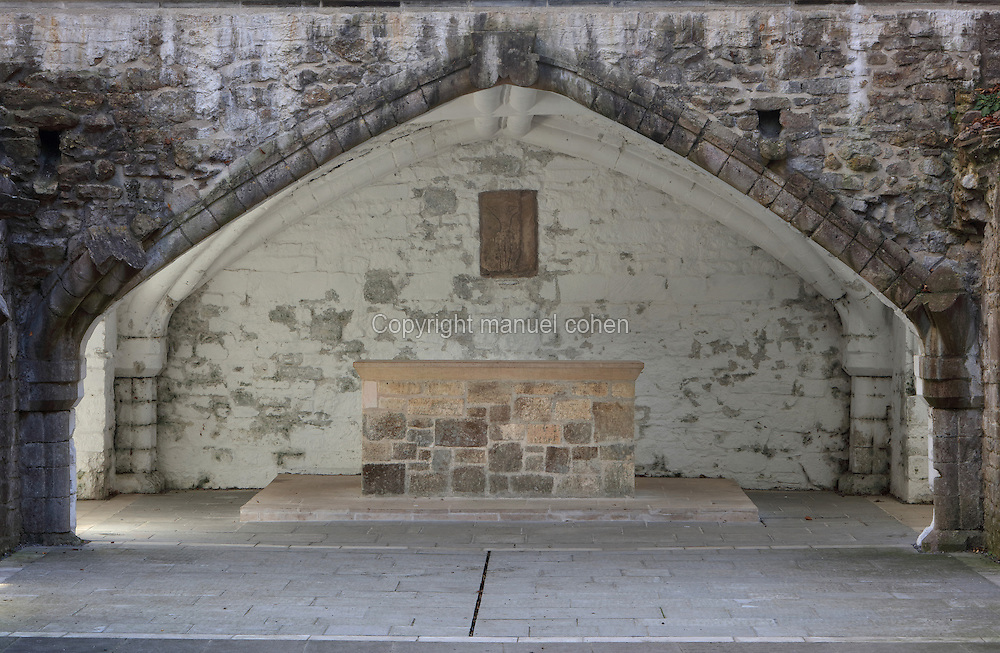