Hellenistic Gate, with 2 towers originally built in Hellenistic times and later rebuilt, in Perga, an ancient Pamphylian city ruled by the Persians, Greeks and Romans, in Antalya, Turkey. The Gate is in the north of Septimius Severus Square, with 2 oval towers built in the 3rd century BC, supported by vaults. Behind the towers is a horseshoe shaped courtyard. The towers were used in defence and were extended in Roman times. On the right is the main colonnaded street and the agora, an open public square surrounded by colonnades, 4th century AD. Picture by Manuel Cohen 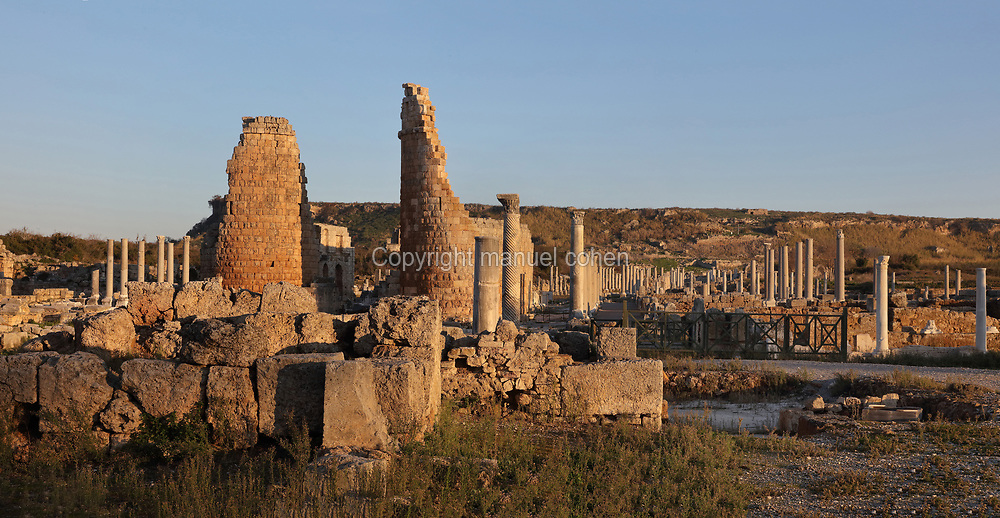