Interior of the Orthodox Chapel, designed by Albert Benois and built 1936-37, Saint-Hilaire-le-Grand, Marne, Champagne-Ardenne, France, honouring the 6,100 Russian soldiers killed on French battlefields, in memory of the Franco-Russian military alliance celebrated at the visit of Czar Nicholas II to Champagne in 1896 and 1901. The chapel was built with funds from the Association du Souvenir du Corps Expeditionnaire Russe. 1,000 Russian soldiers from 2 brigades who fought on the French front in 1916-18 are buried in the adjoining cemetery. The site is listed as a historic monument. Picture by Manuel Cohen 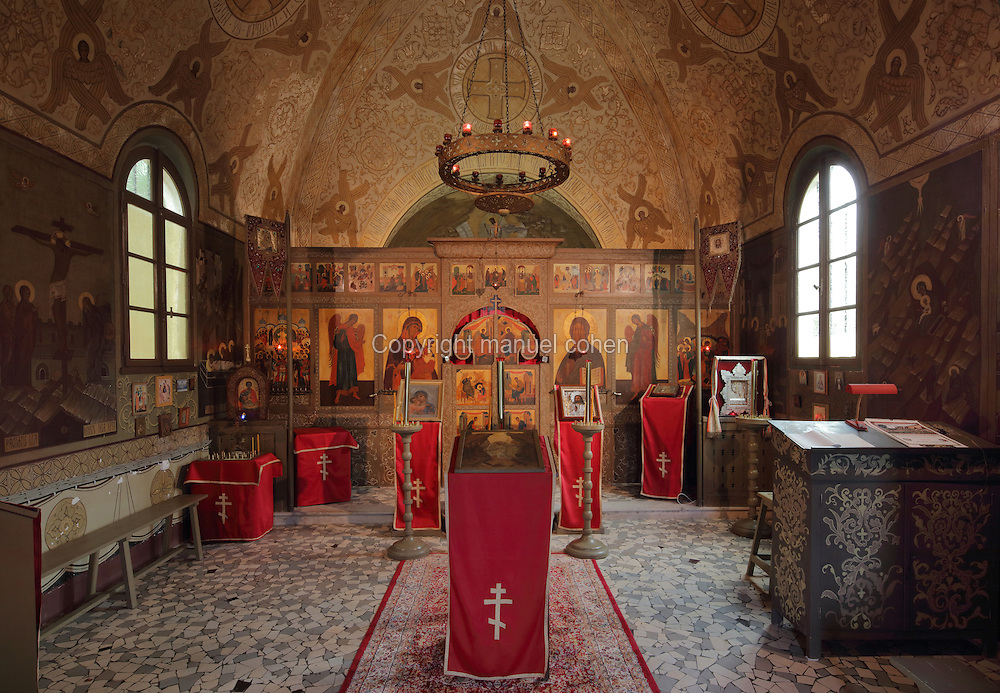