Tissue sampling operation of an Egyptian mummy at the Georges Labit museum on March 03, 2009 in Toulouse, France

GEORGES LABIT MUSEUM, TOULOUSE, FRANCE - MARCH 03 - EXCLUSIVE : A view from the top of the Egyptian mummy on March 3, 2009 in the Georges Labit Museum, Toulouse, France. The Egyptian mummy arrived in Toulouse in 1849, encased in a sarcophagus labelled "In-Imen" from the 7th or 8th century BC. It is preserved at the Labit Museum since 1949. The mummy is now the subject of a very rare tissue sampling operation to determine its datation. (Photo by Manuel Cohen) 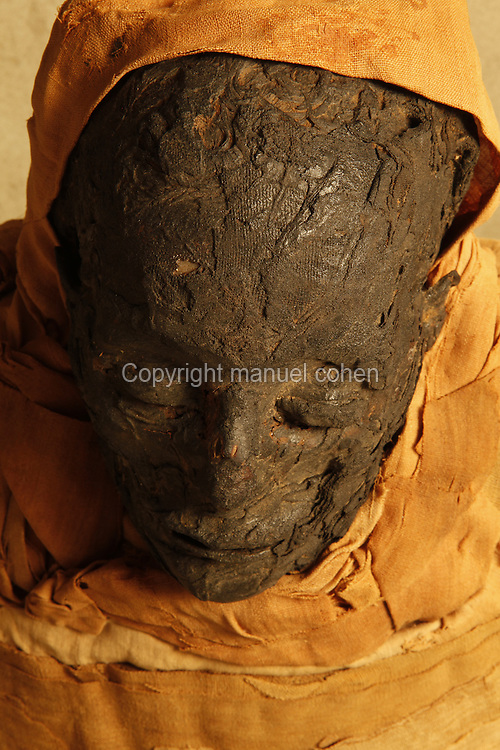