Low angle view of the Capitol, 2nd century, seen through the door frame of a house on the Roman market, in Dougga, Tunisia, pictured on January 31, 2008, in the afternoon. Dougga has been occupied since the 2nd Millennium BC, well before the Phoenicians arrived in Tunisia. It was ruled by Carthage from the 4th century BC, then by Numidians, who called it Thugga and finally taken over by the Romans in the 2nd century. Situated in the north of Tunisia, the site became a UNESCO World Heritage Site in 1997. This is one of the best preserved Roman temples in North Africa with a portico of six Corinthian columns. The market was initially a place for trading slaves. The door is left of one of the largest house of Dougga, called Dar el Acheb. Picture by Manuel Cohen. 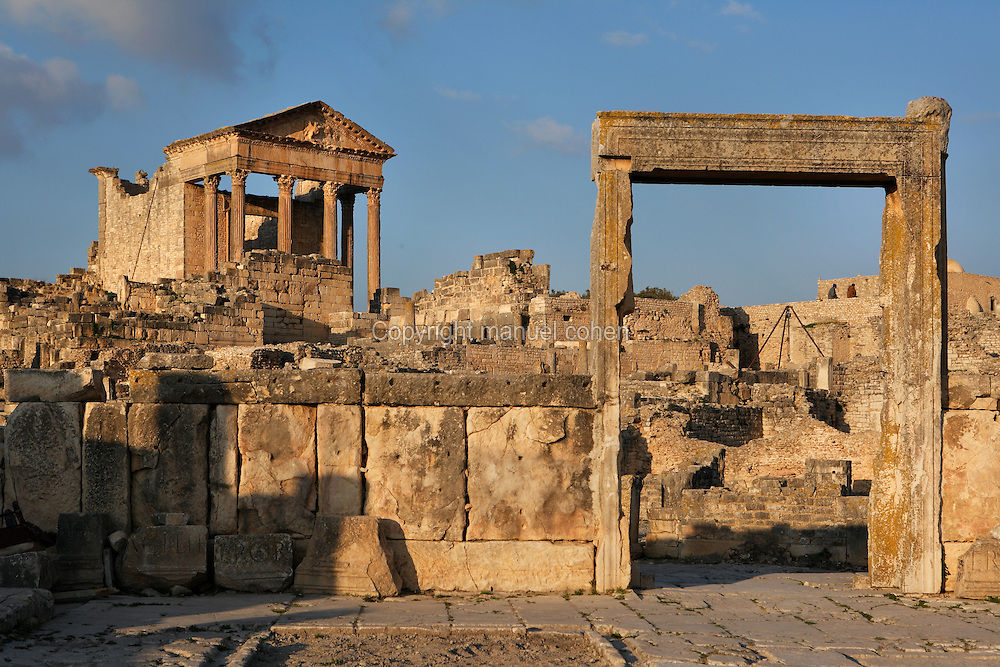