Ceiling fresco, 1560-62, of Hercules proving his strength to local peasants, plunging his staff deep into the earth and removing it, creating the crater which became the Lago di Vico in the Cimini mountains near Caprarola, in the Room of Hercules or Sala d'Ercole, in the Villa Farnese or Villa Caprarola, a 16th century Renaissance and Mannerist fortified villa designed by Giacomo Barozzi da Vignola and built 1559-73 for the Farnese family under Cardinal Alessandro Farnese, in Caprarola, Viterbo, Lazio, Italy. The statues and putti were restored in the 16th century, some by Giovanni Battista de Bianchi. This room was originally known as the Room of the Perspective Views, after the room painted by Baldassarre Peruzzi at the Villa Farnesina in Rome. It is on the Piano Nobile or main floor, and was used as a summer dining room. The Villa Farnese is now owned by the state and run by the Polo Museale del Lazio. Picture by Manuel Cohen 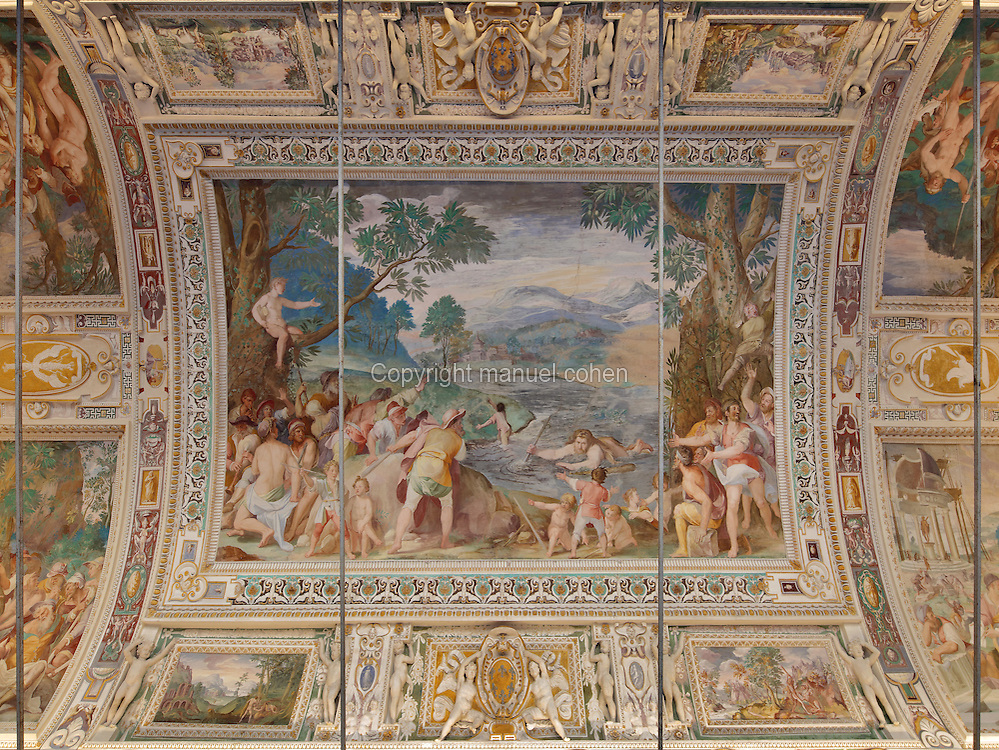