Section of the Philippe Auguste city walls, near the Jardins Saint Paul, in the 4th arrondissement of Paris, France. These are the oldest city walls whose layout is known, and were built built during the struggles between Philip II of France (Philip Augustus) and the House of Plantagenet. The Right Bank was fortified 1190-1209 and the Left Bank 1200-15. The walls are over 5km long and 5-8m high, with 77 towers integrated along their length. Picture by Manuel Cohen 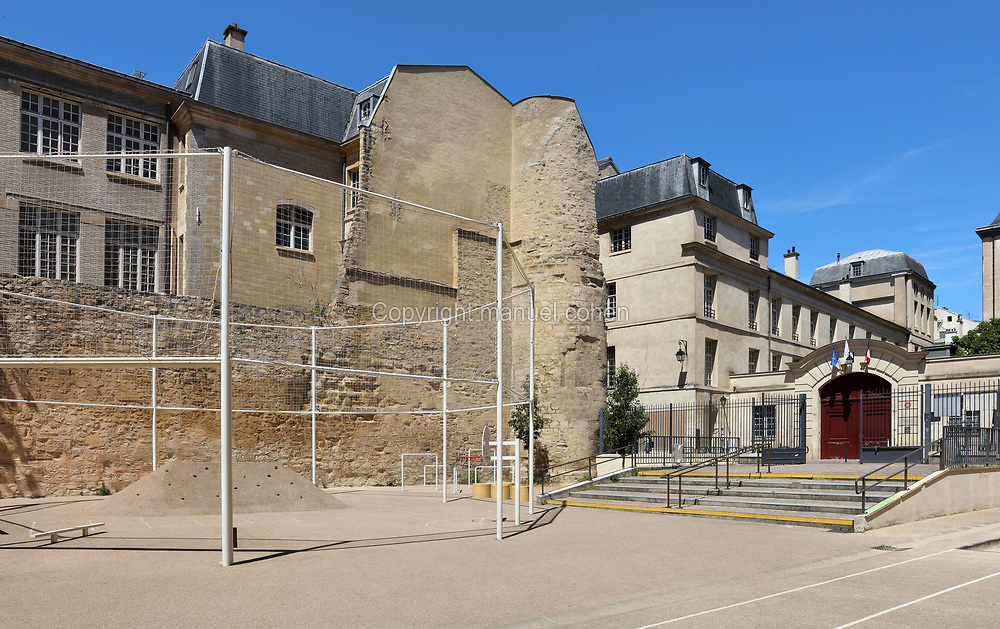