Lamp base sculpted in the form of a figure pouring from a vessel, from the furnace room of the Palais Jacques Coeur, huge manor house built 1443-51 in Flamboyant Gothic style, on the Place Jacques Coeur, Bourges, France. Fulcanelli stated that Jacques Coeur was an alchemist and it is believed that this figure may also be interpreted as a hermetic symbol. Jacques Coeur, 1395-1456, was a wealthy merchant and was made master of the mint to King Charles VII in 1438. The building is listed as a historic monument. Picture by Manuel Cohen 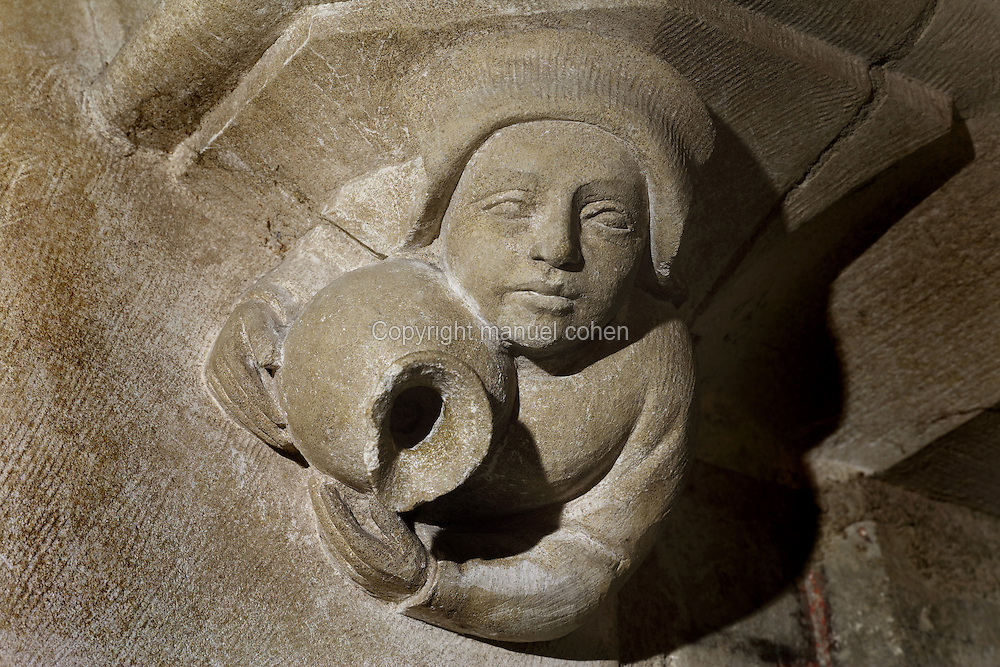