Buttresses of the Cathedral of Saint Mary of Tortosa, and Castle of Sant Joan or La Suda, Tortosa, Tarragona, Spain. The Catalan Gothic cathedral, on the left, was begun in 1347 and consecrated 1597. The 10th century Castle of Sant Joan was built by Muslim Caliph Abd ar-Rahman III. It was conquered in 1148 and became residence of the Montcada and Knights Templar, then a royal mansion from the 13th century. Here the cathedral and castle are seen over the rooftops of the old town of Tortosa. Picture by Manuel Cohen 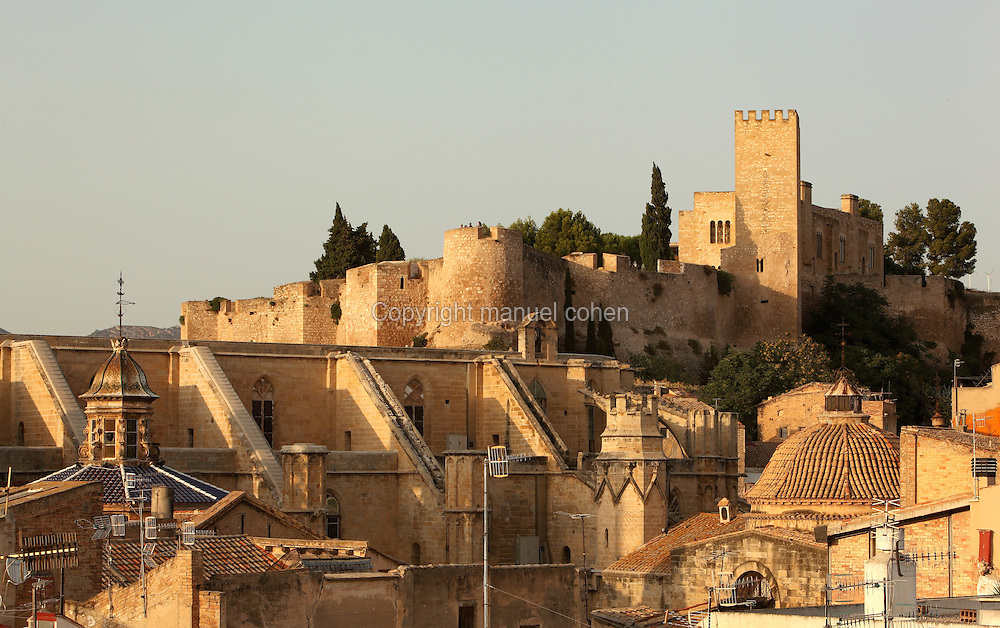