Emperor Charlemagne, 742-814, still wearing his spurs, has won the battle and is greeted warmly by Constantine at the gates of Constantinople. As Emperor of the West, Charlemagne wanted to be on equal terms with Constantine and bring West and East together in peace. The figure on the left is probably Roland. Medallion of Emperor Constantine receiving Charlemagne, from the Charlemagne window, early 13th century, in the ambulatory of Chartres Cathedral, Eure-et-Loir, France. Chartres cathedral was built 1194-1250 and is a fine example of Gothic architecture. Most of its windows date from 1205-40 although a few earlier 12th century examples are also intact. It was declared a UNESCO World Heritage Site in 1979. Picture by Manuel Cohen 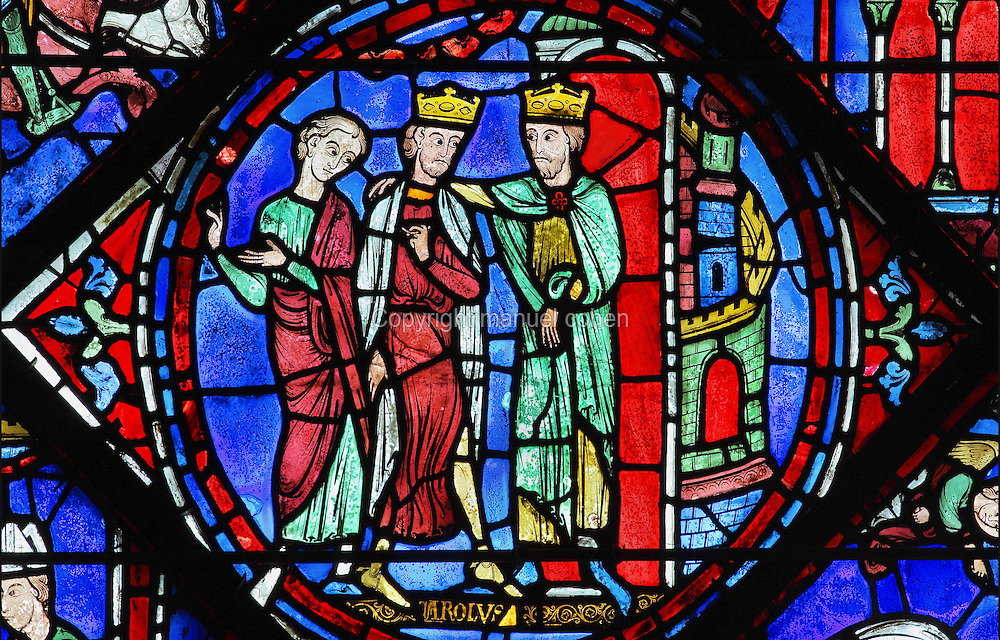