Western fortified wall of the Citadel, Aleppo, Syria. Standing on a mound covered in limestone blocks the Citadel is at the heart of Aleppo. Beneath it archaeological remains dating back as far as the 9th century BC have been discovered. Sayf al-Dawla (944-967), the first Hamdanid ruler of Aleppo, built the fortress and used the citadel as a military center. Zangid ruler Nur al-Din (1147-1174) fortified the citadel and added some structures. But during the Ayyubid period and the reign of the Sultan al-Zahir al-Ghazi of Aleppo (1186-1216), the Citadel went through major reconstruction, fortification and addition of new structures that create the complex of the Citadel in its current form. 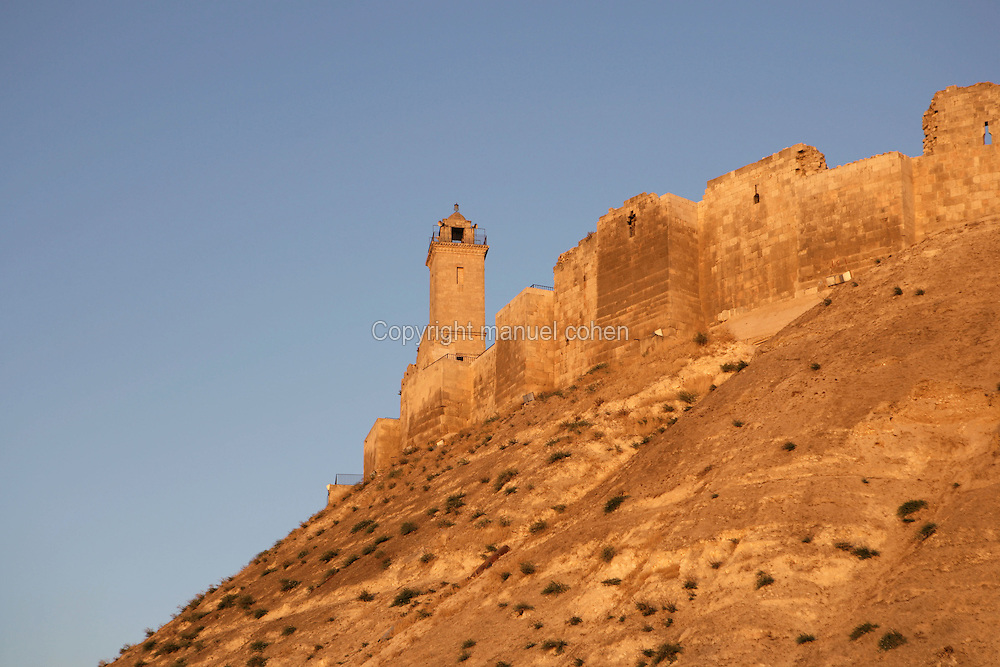