Roman carved stone arch depicting Mars, god of war, flanked by 2 male attendants holding wreaths, at Chesters Roman Fort Museum, at Chesters Roman Fort or Cilurnum, managed by English Heritage, Northumberland, England. This arch may have framed a cult statue of Mars Thincsus. Hadrian's Wall was built 73 miles across Britannia, now England, 122-128 AD, under the reign of Emperor Hadrian, ruled 117-138, to mark the Northern extent of the Roman Empire and guard against barbarian attacks from the Picts to the North. The wall was fortified with milecastles with 2 turrets in between, and a fort about every 5 Roman miles. The Hadrian's Wall Path, an 84-mile coast to coast long distance footpath, runs alongside it at his point. Picture by Manuel Cohen 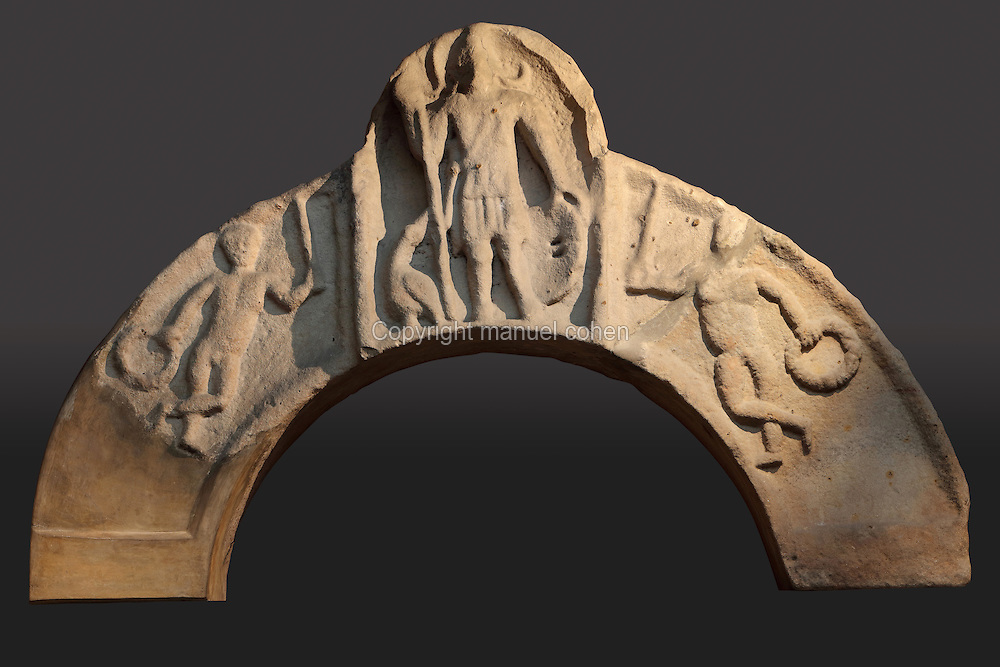