Thief crucified at Golgotha, detail, mural, 1490-1500, late Gothic, in oil paint by an unknown artist, in the Capilla de la Piedad, now a baptismal chapel, in the Catedral del Salvador de Albarracin, 16th century, in the medieval town of Albarracin, Teruel, Aragon, Spain. The mural painting is badly damaged and is being restored. Albarracin was founded as a Moorish town in the 11th century and became an independent lordship until the 13th century. The town is listed as a national monument. Picture by Manuel Cohen 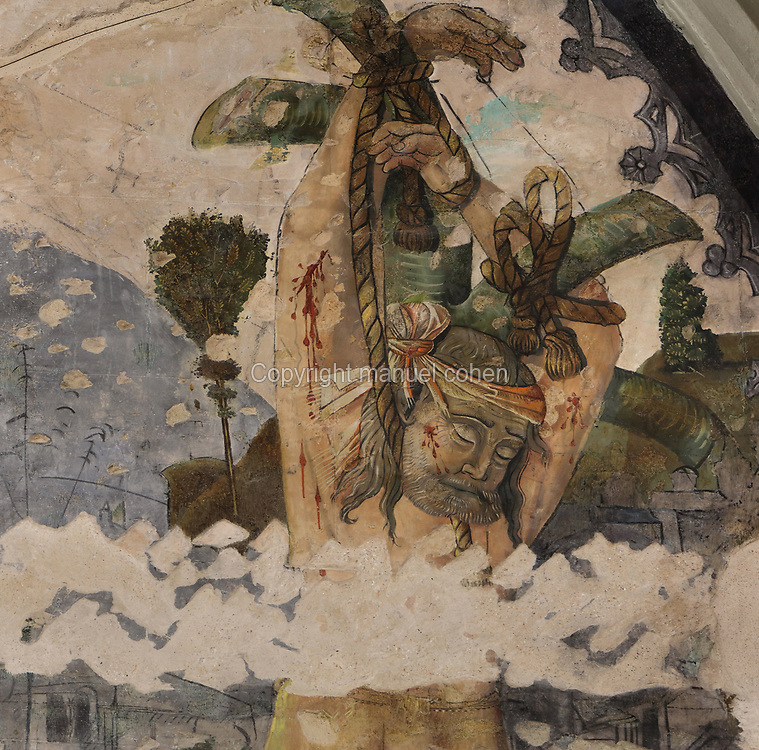