Nymphaeum (left), basilica (right), a large rectangular meeting hall, and agora or main square (front), at Aspendos, an ancient Greco-Roman city in Antalya Province, Turkey. The Roman nymphaeum, built 2nd - 3rd century AD, a monument consecrated to water nymphs, has 2 storeys with 5 niches in each, and previously was fronted by an Ionic colonnade. Although settled before 1000 BC, Aspendos grew under the Greeks and subsequently the Persians and Romans, before declining in importance from the 4th century. Picture by Manuel Cohen 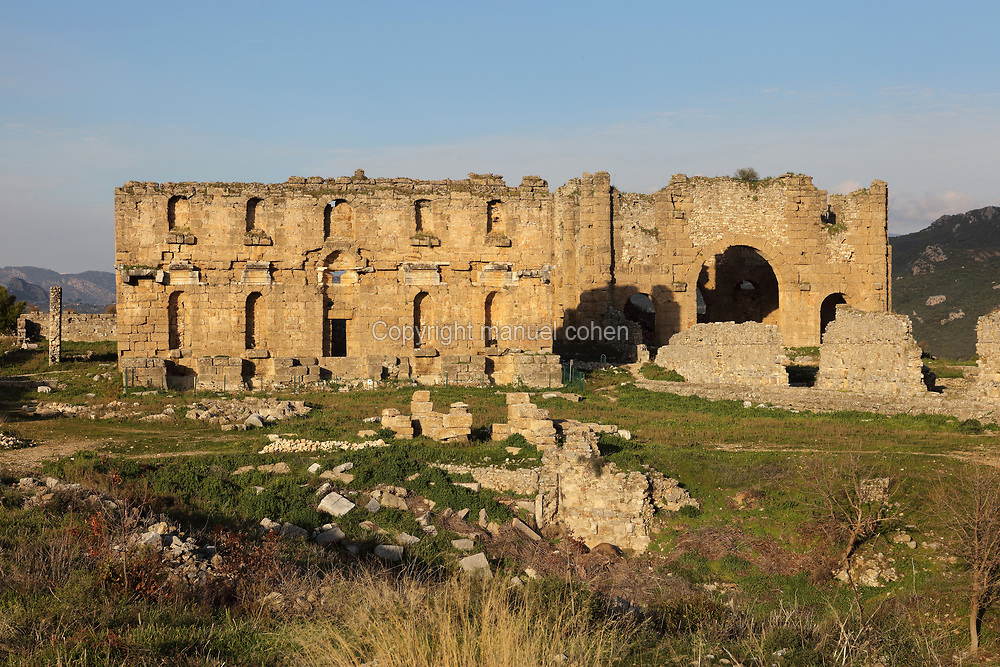