Funerary stele in typical Apollonian style, depicting the descent into hell, 3rd century BC, from the Museum Of Apollonia near the Ardenica monastery in Fier, Albania. Above, the deceased's wife mourns him, while he is led to Hades by Hermes down a ladder, with Charon's boat waiting below to ferry him across the Styx. The judge of hell sits enthroned in the bottom right corner. The museum was opened in 1958 to display artefacts found at the nearby Greek Illyrian archaeological site of Apollonia. Apollonia was an ancient Greek city in Illyria, founded in 588 BC by Greek colonists from Corfu and Corinth. It flourished in the Roman period and declined from the 3rd century AD when its harbour was silted up due to an earthquake. Picture by Manuel Cohen 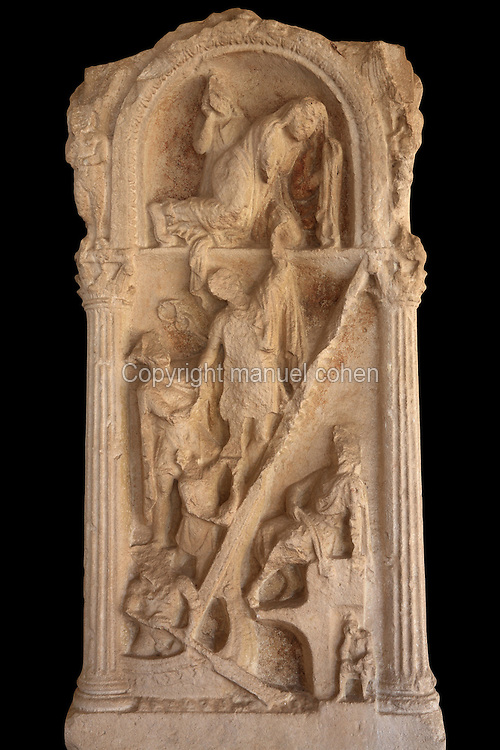