Arabic Norman geometric detailing on the staircase, in the corner of the Internal courtyard or atrium, at the Palazzo Abatellis, designed by Matteo Carnelivari in Gothic-Catalan style, 15th century, on the Via Alloro in the Kalsa district of Palermo, Sicily, Italy. The palace was originally the home of Francesco Abatellis, port master of the Kingdom of Sicily, subsequently became a monastery and since 1954 has housed the Galleria Regionale della Sicilia, or Gallery of Art for the Sicilian region. Picture by Manuel Cohen 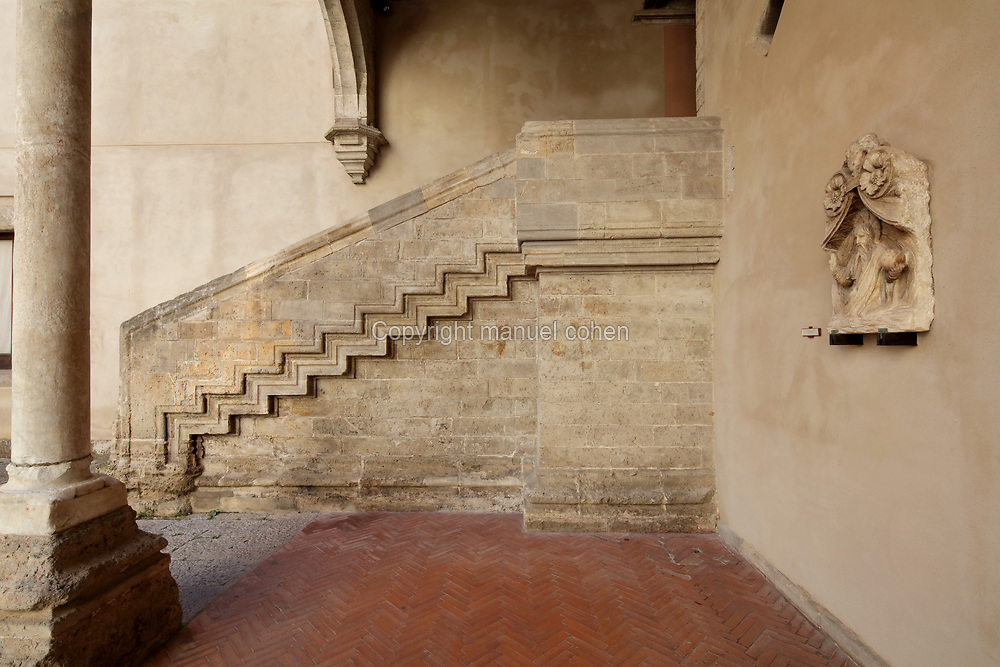